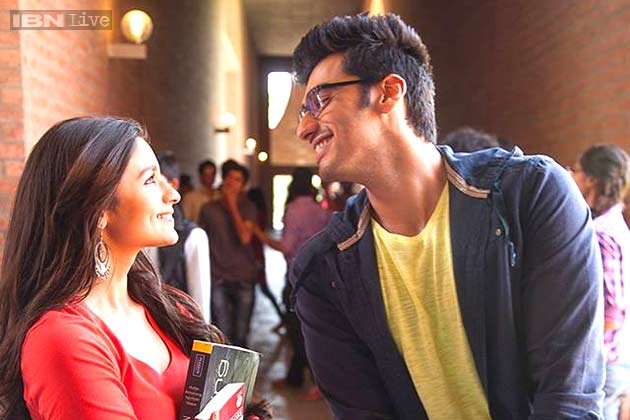 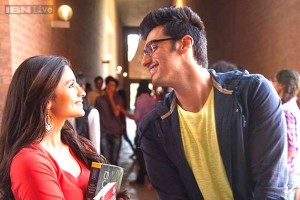 Magically, “2 States” ends with a beautifully staged wedding where the film’s culture-crossed couple finally get their wish.

Sigh of relief? Not quite. This is a film you don’t want to end. It’s a story….but wait, it doesn’t seem like a story!! Not in the sense of ‘Once upon a time when Boy Met Girl’. You know exactly where our twosome, the gorgeous Ananya and the diffident Krish are going…But you get so sucked into their journey, their courtship, conflicts, tiffs and buts, that you feel after a point that you aren’t watching them in a film. They are people we know. And love.

Some come, fall in love.

These are people whom you’ll carry home and keep in some corner of your heart. Not just (gorgeous) Ananya (who incidentally is played by the very gorgeous Alia Bhatt) and her other-half Krish, but also their parents, specially Krish’s father a man so misunderstood all his life he fears being recognized for some deeply-concealed goodness in his heart that comes out towards the end of this film (that you wish would never end).

Indian marriages, they say, are the marriage of two families. Sure enough, when the shy repressed Punjabi Krish meets the spunky spirited beer-guzzling, chicken-chewing Ananya, there is hell to pay from both sides.

The thing about cultural stereotyping is that it very often does exist in exactly the forms that we see them exist in films and books. Chetan Bhagat’s lively novel from which this film is adapted, harps on the stereotypes in a way where we don’t see the characters as “types” but as individuals who conform to a type. This delectable game of slotting the individual is best illustrated by Krish’s loud-brassy Punjabi mom who behaves likes a cross between Kirron Kher and what Vidya Balan in Rajkumar Gupta’s “Ghanchakkar” would have been had she grown older and had a son.

Oh yes, Revathi as Ananya’s graceful Tamil mother is also outstanding, though Amrita’s performance would easily shout her down in the Who Is The Better Mother contest.

Amrita Singh’s true-to-type Punjabi housewife’s character (you know the kind who has given herself the liberty to say the most insulting things to people who are not like her) gradually melts down in the narrative as her dark secret shame – “a drunken abusive husband” – comes out in the open.

Ronit Roy, that fine actor is no stranger to playing the abusive father. It’s amazing how empathetic he makes the discernibly brutish character in “Udaan” and now this film without taking the character’s arc through the filmy range from villainy to repentance. Thanks to Roy’s dignified damned Dad’s act, “2 States” is as much a father-son story as a girl-boy thing.

Not every sequence works here. I found Revathi’s singing performance (arranged by Krish) a little too syrupy and Alia’s anti-dowry speech at a brassy Punjabi wedding a little too contrived.

Most of the time cultural differences are articulately pinned down in the film. Debutant director Abhishek Varman knows how to tell a story embedding individual scenes with a distinctive personality without straining for effect. The narrative traverses a number of cities – Delhi, Chennai, Mumbai – searching out enchanting pockets of storytelling for the couple to grow into.

This is a film that never forgets to surprise even when going about the task of telling a story that can only end one way. Arjun Kapoor and Alia Bhatt ensure that their mutual participation in the rites of courtship, copulation, conflict and reconciliation yields a harvest of hefty scenes. Their performances display a natural flair for understatement underlined by a deep understanding of the language of commercial cinema. And yes, they look so made for each other, their compatibility is almost karmic.

Two world, two cultures, two families, one love story….”2 States” re-defines and rejuvenates the love-marriage space.Simple and yet striking, gorgeous and graceful, this is a film where we come away hankering to know what happens to the couple after the film is over.

The film is put together with the stress on lightness of tone. From the clothes that Ananya and Krish wear to the spaces they inhabit… you won’t find them fuelling a filmy flamboyance into the narrative. Binod Pradhan’s cinematography is the opposite of epic. And that’s the truth which these urban characters represent.

And yes, Alia dressed as a bride looks like a doll. In a way the honesty that her face never ceases to express symbolizes what this film strives to do. “2 States” creates a world where characters don’t shout to be heard. They just belong to a world where being proper, politically or otherwise, is not always a pre-condition.