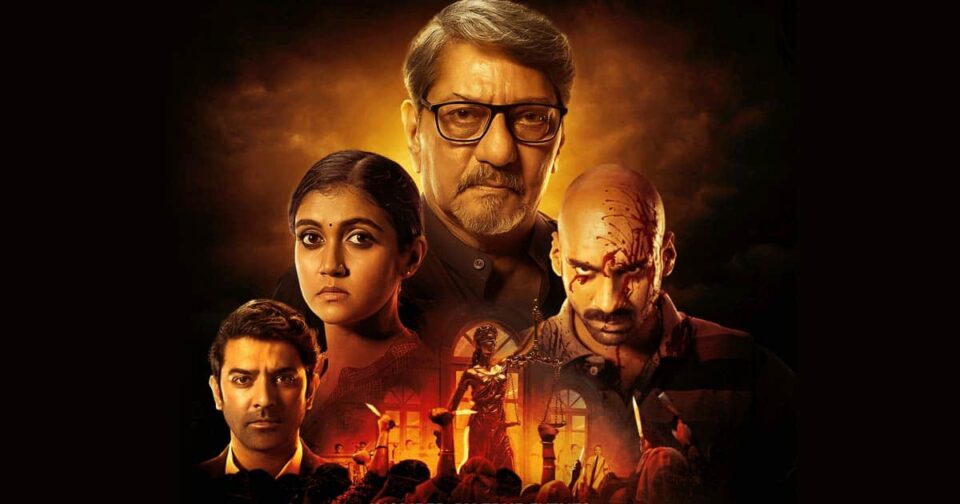 The failure of the criminal justice system has often led to lynching incidents around the world. Inspired by one such event, director Sarthak Dasgupta’s ‘200 Halla Ho’ is a story of mob revenge.

Set in Nagpur, the film tells you how a group of Dalit women, residents of Rahee Nagar, take the law into their own hands by lynching and killing Balli Chaudhary (Sahil Khattar), a gangster who was terrorizing them.

This mob justice was delivered within the court premises before the proceedings of the court could begin. A group of masked women slaughter Balli by chopping off his body parts with regular household items after blinding him and the policemen who had accompanied him for a court hearing with chili powder.

Flummoxed by the incident, and when he is forced to file a case against the women, Senior Inspector Patil (Upendra Limaye) says, “This is not a failure on the part of the police but a slap on the face of the legal system.” He arrests five women without any evidence against them.

The Women Rights Commission, a quasi-judicial body sets up a fact-finding committee to help these women. The team consisting of an advocate, Anwar Sheikh, a professor, Abhinav Avsare, and a journalist named Poorva Sawhney, played by Saloni Batra, and is headed by retired Justice Vitthal Dangle (Amol Palekar).

How Dalit activist Asha Surve (Rinku Rajguru) motivates the women and garners support for their cause forms the crux of the narrative. The story is not at all shocking, but the narrative ends up becoming a feel-good tale of women enduring a series of horrific abuses, but at what cost?

The film exploring this kind of disturbing, emotionally complex territory, cinematically might seem like too much to bear. But Sarthak Dasgupta, the director, tactfully balances tone and pacing, thus ensuring the film is intense and gripping. He successfully brings to the fore the anguish and despair of the women, the loathsome disgust of the antagonists, and showcases how the system operates. Some of the scenes appear dramatic and have a theatrical feel to them.

The film would not have been what it is had it not been for Sahil Khattar’s performance. Balli Chaudhary is a well-etched antagonist and Sahil delivers it with gusto. His repulsiveness is palpable. His lingering, predatory looks and foreboding presence elevates the film’s drift. Matching him in histrionics is Upendra Limaye as the unscrupulous Senior Inspector Patil.

Rinku Rajguru, as the activist Asha Surve, is natural and engaging. Her stimulating performance, though, is limited by the script, thus failing to hit bullseye.

Amol Palekar, who returns to the big screen after a long hiatus, plays the retired justice Vitthal Dangle to perfection. He gives a subdued performance befitting his personality.

Your heart bleeds for Barun Sobti who plays the lawyer Umesh Joshi, and Asha’s love interest. There is something endearing about him.

Indraneil Sengupta as ACP Deshpande is perfunctory and so are the other supporting characters. While Indraneil is soft and low-key, the others, especially the women, are loud and dramatic.

On the technical front, mounted with decent production values, the film is astutely crafted.