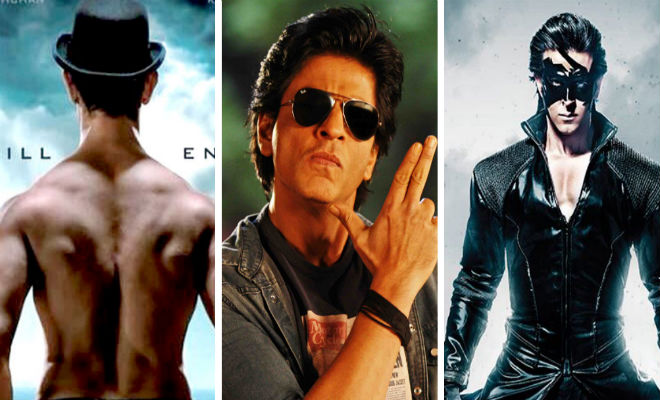 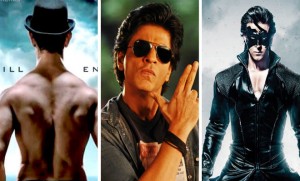 IANS lists down Bollywood’s high points in the year gone by:

* New box office record: Around mid-2013, Shah Rukh Khan proved he is indeed the ‘badshah’ of Hindi films as his “Chennai Express” became the biggest grosser at Rs.216 crore.

* Fastest Rs.100 crore collection: Aamir Khan came in with “Dhoom 3” in December and zoomed ahead of “Chennai Express” with a whopping Rs.107.61 crore in its first three days. It was a year when as many as six films – “Yeh Jawaani Hai Deewani”, “Bhaag Milkha Bhaag”, “Krrish 3”, “Goliyon Ki Raasleela Ram-Leela”, as well as “Chennai Express” and “Dhoom 3” minted over Rs.100 crore.

* International forays: Megastar Amitabh Bachchan, in his over four-decade-old acting career, featured in a Hollywood film – “The Great Gatsby” – for the first time while our ‘desi girl’ Priyanka Chopra lent her voice for an Asian character in animation film, “Planes”. The actress-singer’s second international single “Exotic” was also launched earlier this year. Yet another Indian face who made a mark abroad was veteran actor Anupam Kher, who has featured in international films, in the Oscar-winning “Silver Linings Playbook”.

* Independent cinema received warmly: Who would have thought that the unique story two lovelorn individuals via a lunchbox will click with Indian audiences who have been heavily fed on desi potboilers spiced with item songs and melodrama? But “The Lunchbox” did. Also, “Ship Of Theseus”, “Shahid” and “B.A. Pass”, with strong story lines and different treatment established independent cinema has takers in the country. With names like Karan Johar and Kiran Rao backing them, the scope of indie movies is only poised for growth.

* Films with unconventional themes charmed: “Madras Cafe”, “Shorts”, “Bombay Talkies”, “ABCD – AnyBody Can Dance”, and “Ship of Theseus”, won the audiences’ hearts despite being out-of-the-box.

* Merchandising on new high: Thanks to films like “Chennai Express”, “Krrish 3” and “Dhoom 3”, film merchandise remained in demand. Video games, toys and apparel related to the movies were much talked about. More than 150 products were made available for Hrithik Roshan-starrer “Krrish 3”, while Yash Raj Films launched over 200 products for “Dhoom 3”.

* Promising transitions from TV to films: Shah Rukh Khan, Manoj Bajpayee and Vidya Balan are a few who tried their luck in films after a stint on TV, and it worked in their favour. In 2013, it was actors Sushant Singh Rajput, Amit Sadh, Karan Kundra and Manish Paul who made impressive transitions.