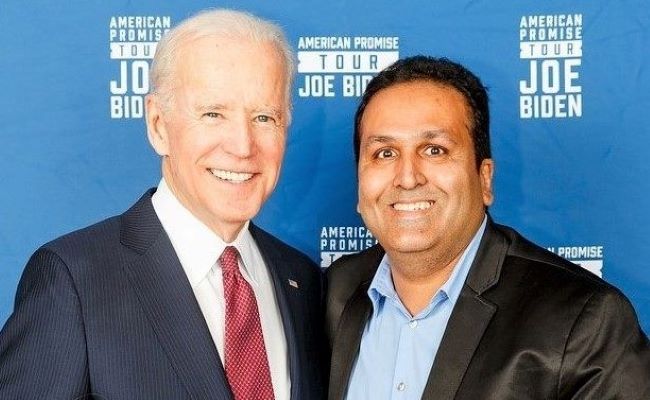 New York, Nov 2 (IANS) At least 21 people of Indian descent figure on the list of Democratic presidential nominee Joe Biden’s list of elite contribution-collectors pitching in more than $100,000 to his campaign coffers.

The list of 820 volunteers on the $100K+ list released by the campaign on Saturday showed that Indian-Americans made up 2.5 per cent of it, more than double the proportion of the community in the country’s population reflecting its deep involvement in American politics as well its status as the ethnic group with the highest income.

President Donald Trump has not released a similar list of top contribution collectors.

Overall Trump had raised $1.57 billion by last month, having started earlier than Biden whose collection was $1.51 billion.

But Biden’s take has been outstripping Trump’s in recent months. In the first half of October, his take was more than double that of Trump, $167 million to $82 million.

In the 2016 election, the then Democratic candidate Hillary Clinton’s tally stood at $1.2 billion, double the size of Trump’s $600 million.

Many of the Indian-Americans on the list are entrepreneurs in technology and related fields.

The Biden campaign did not say how much the volunteers had collected.

Under US laws, an individual can contribute a maximum of only $2,800 directly to a candidate, according to the Federal Election Commission (FEC).

The people on the list collected the legal limit of contributions from friends, relatives, acquaintances and associates and bundled them before sending them on and are, therefore, known as “bundlers” in the political parlance.

They collect the contributions at fundraisers they host with the candidate or other VIPs or by making appeals for funds.

This enables them to increase their influence or their cause’s far beyond the $2,800 they are limited to as individuals.

The campaigns have to report all contributions they receive to the FEC, which makes them public.

The transparency helps the public and watchdog groups monitor who contributes to campaigns and if there are conflicts of interest.

The list includes at least two others who may be of Indian descent.

Bhutoria, a California entrepreneur, said that he had held a fundraiser with Biden’s wife Jill in March.

He produced the campaign’s video, “Chale Chaolo, Biden, Harris ko vote do”, based on a song from the Hindi hit film, “Laagan”.

Makhija is the executive director of the Indian American Impact Fund, an advocacy and political action group, which said that it had raised $10 million in three months to support Indian American and Asian American candidates running for office.

Narasimhan is the co-chair of the Democratic National Committee’s Indo-American Council and executive director of the Asian American Pacific Islander (AAPI) Victory Fund that supports candidates of the ethnicity.

Rangaswami is the founder of Indiaspora, an organisation to promote Indian-American activism.

Chatteerjee, who was awarded the Padma Bhushan, has been a president of the Indian American Forum for Political Education, and had been involved in community efforts to get the nuclear deal between India and the US during President George W. Bush’s tenure.

Islam is a part activist who established the Frank Islam and Debbie Driesman Foundation.

Jayapal, a member of the House of Representatives, is very critical of India and made news when a meeting External Affairs Minister S. Jaishankar cancelled a meeting with the House Foreign Affairs Committee when she was included in it despite not being its member.

The vice-presidential candidate Kamala Harris was drawn into the controversy criticising Jaishankar and questioning his right to choose whom he wants to meet.