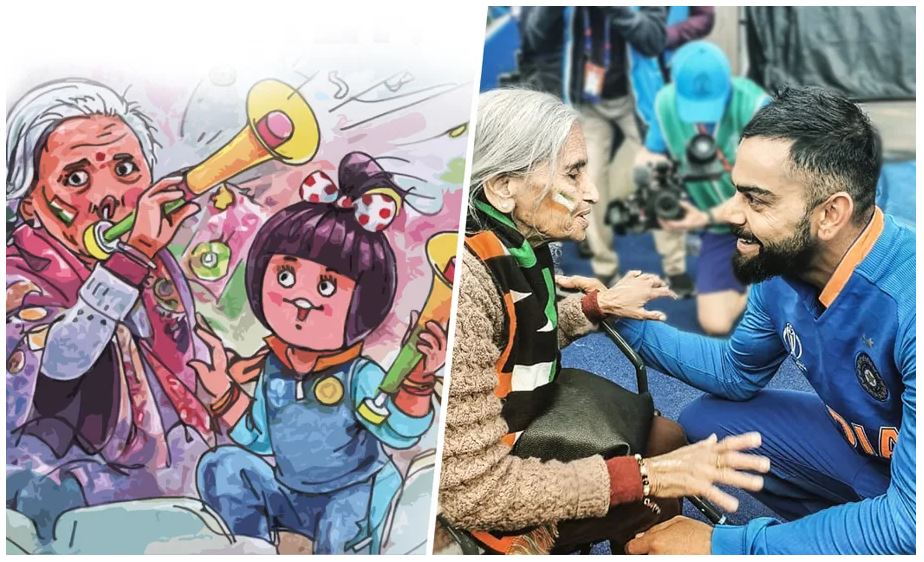 Atlanta, GA, July 5, 2019: The 87-year-old grandmother who became an internet sensation after videos of her rooting for her home team at the India Vs Bangladesh game in Edgbaston last Tuesday went viral, is all set to star in a Pepsi TV ad campaign

Charulatha Patel will start shooting for the Pepsi commercial this week, reports Mashable.

The ad will air through the ongoing world cup.

Patel has also featured in the new Amul ad which ran with the caption, ‘Grandmother India’.

In the video and photos that went viral, Patel can be seen having her fan moments with Virat Kohli and Rohit Sharma.

Kohli later shared the picture of him with Patel on his Instagram with the caption:
“Also would like to thank all our fans for all the love & support & especially Charulata Patel ji. She’s 87 and probably one of the most passionate & dedicated fans I’ve ever seen. Age is just a number, passion takes you leaps & bounds. With her blessings, on to the next one.”