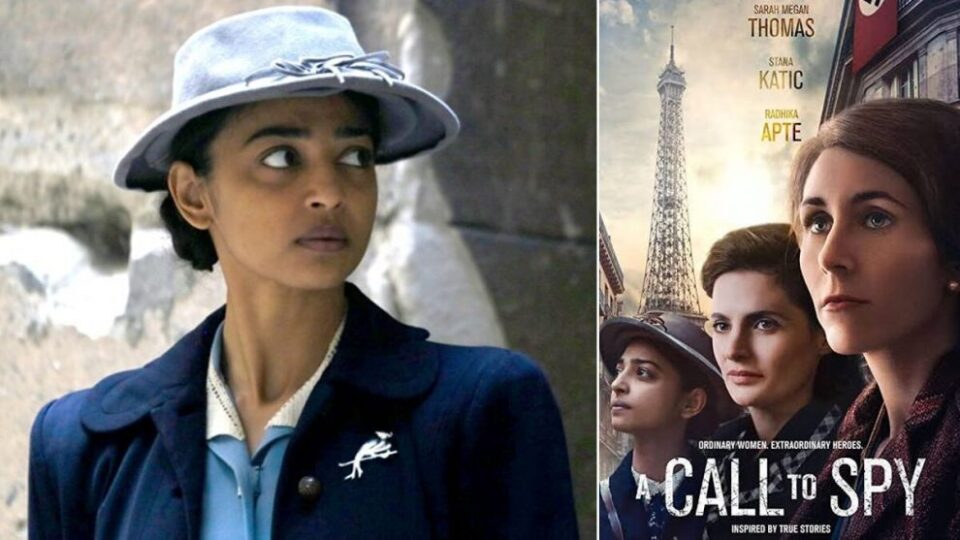 You would expect more suspense and drama given the subject at hand, and the sense of overall underwhelming does surprise you. Director Lydia Dean Pilcher has borrowed from one of the most intriguing chapters of World War II, but her effort fails to fully engage because the film falters at a storytelling level.

Pilcher’s film is set at the start of the Second World War, when British Prime Minister Winston Churchill, in a frantic bid to thwart Hitler’s mighty Nazi army, commissioned a unique agency of spies — the Special Operations Executive (SOE) — which would constitute women.

The narrative unfolds from the perspective of three women primarily. There’s Virginia Hall (Sarah Megan Thomas, who incidentally writes and produces besides getting top billing in the credits). She is an American who would become a key operative of the SOE. Radhika Apte plays Noor Inayat Khan, Indian origin British agent who became the first female operator of the wireless to infiltrate Nazi-occupied France. And there is Stana Katic as the Romanian-born Vera Atkins, the intelligence officer who played a key role in SOE operations in the France Section.

Sarah Megan Thomas’ script starts with SOE ‘Spymistress’ Vera Atkins recruiting Virgina Hall and Noor Inayat Khan, by every yardstick two very unlikely contenders for the job of a spy. Hall, an American with a wooden leg she called Cuthbert, dreamt of being a diplomat with the United States Foreign Service. This was not to be, partly because women were rarely hired for the job back in the day. Noor, raised with the ideals of Sufi pacifism, nonetheless believes in the war against the Nazis. Her famous words, which outlined her motivation, are woven into the screenplay for Apte: “I wish some Indians would win high military distinction in this war.”

The film accounts an important slice of world history as these female agents take Churchill’s war into Nazi turf in France. Thomas’ writing and Pilcher’s execution tries making up for the film’s lack of urgency as a spy drama with a few genuinely engaging emotional moments. That, however, is not always enough.

History replicated on screen is rarely as authentic as what may be recorded in books on the subject and if you are willing to extend the creative team behind this film the licence to regale, they have done well while balancing fact and fiction.

Indian fans would naturally look forward to watching Radhika Apte in an international project. She does a fine job as Noor despite limited footage, though you get a feeling that the character demanded a more defined closure in the story. Honestly, the character of Noor Inayat Khan easily merits an entire film or web series.

Riding satisfactory tech-specs, the film scores more as a human drama than a spy saga, spotlighting a lesser-known chapter of World War II. More assured storytelling would surely have helped.