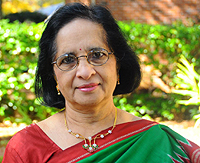 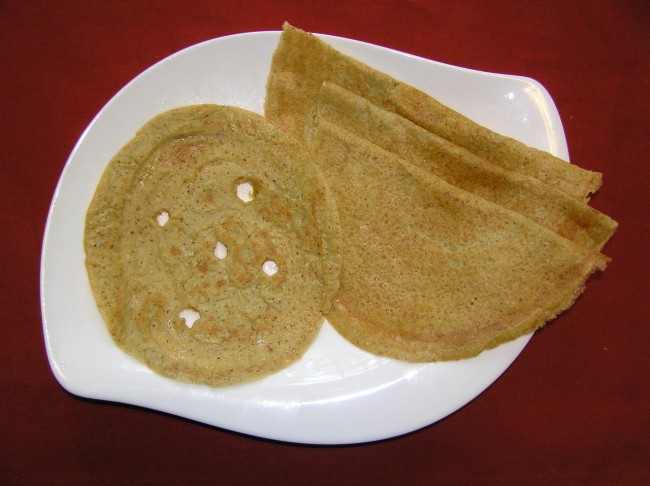 1 teaspoon salt or to taste

Oil for the griddle to make adai.

Method: Wash and soak first seven ingredients for two to four hours with six cups water. Wash them again until water is clear. Grind dals and rest of the spices from red chilies to asafetida in two batches using ¾ cup water for each batch. Keep the batter in medium bowl. Add little more water if the batter is too thick to spread.

Heat a large griddle over medium heat.  If a drop of water sizzles on the griddle that means the pan is ready to make adai. Sprinkle half-teaspoon oil on the griddle and wipe with a clean paper towel. Scoop half cup of adai batter with a soup ladle. Spread the batter thin on the hot griddle and pour half teaspoon of oil in the middle and the edges. Turn it over when the adai is light brown at the bottom. Turn it back after thirty seconds. Fold adai and place it on a plate. Repeat with rest of the batter. Since adai is made with many dals, it is a good idea not to use chutney made with dals. Eat with ginger chutney, coconut yogurt chutney or some powders.

Note: Adai can be made thick. Use little more adai batter than thin adai and spread it thick. Make five holes on adai immediately with a chopstick or back of a spoon. Put little oil in the holes and around the edges and fry until light brown.

44 colleges you probably never heard of, but should!