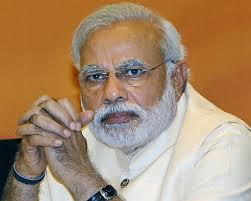 Mahatma Gandhi’s legacy is an inspiration for the US too, said the White House, while a bipartisan commission praised the president for his “timely comments” and the State Department said it encouraged all governments around the world to respect religious freedom.

“What will it take for Prime Minister Narendra Modi to speak out about the mounting violence against India’s religious minorities?” asked the New York Times Saturday in an editorial titled “Modi’s Dangerous Silence”

“Attacks at Christian places of worship have prompted no response from the man elected to represent and to protect all of India’s citizens,” said the influential daily. “Nor has he addressed the mass conversion to Hinduism of Christians and Muslims who have been coerced or promised money,” it said.

“Modi’s continued silence before such troubling intolerance increasingly gives the impression that he either cannot or does not wish to control the fringe elements of the Hindu nationalist right,” the Times suggested.

Citing Obama’s speech in New Delhi last month that “India will succeed so long as it is not splintered along the lines of religious faith,” it said “Modi needs to break his deafening silence on religious intolerance.”

The bipartisan US Commission on International Religious Freedom (USCIRF) commended Obama for deepening relations with India while also recognizing religious freedom concerns during his India trip and at National Prayer Breakfast Thursday.

“President Obama’s timely comments underscore the importance of India getting religious freedom right,” said USCIRF Chair Katrina Lantos Swett. “This is a challenge that India must and can address, given its diversity and long history of democratic values,” she said noting Obama’s “concerns come at a time of increasing abuses against India’s minority religious communities.”

Since 2009 USCIRF has designated India as a Tier 2 country, noting since 2014 increased communal and religiously-motivated attacks and slow and ineffective redress for victims of past incidents, leading to a culture of impunity.

Meanwhile, Mark Stroh, a White House spokesman, said “Mahatma Gandhi’s legacy is one we look to for inspiration in dealing with intolerance in the United States and around the world.”

Obama’s message in India and at the National Prayer Breakfast was a universal one “that every nation is stronger when people of all faiths are free to practice their religion free of persecution and fear and discrimination,” he said.

At the State Department, spokesperson Marie Harf declined to make an assessment of the situation of religious freedom in India specifically as she repeated Obama’s universal message.

“So certainly, we encourage all governments around the world to respect and ensure freedom of assembly for individuals who are worshiping or who are doing so for religious reasons, and that’s a universal right we think should be adhered to,” she said.

Earlier this week, White House had refuted suggestions that Obama’s last speech in New Delhi referring to the need for religious tolerance in India was a kind of a parting shot at Modi, who had been denied a US visa for a decade over his alleged inaction during 2002 Gujarat riots.

“I think that’s been somewhat misconstrued, if you look at the context of the entire speech, it’s really about inclusivity. It’s about the power of diversity,” Phil Reiner, White House’s senior director for South Asian Affairs, told foreign media.

“I don’t believe that this was a parting shot by any means. This was simply the President speaking to what makes us great democratic nations,” he had said.