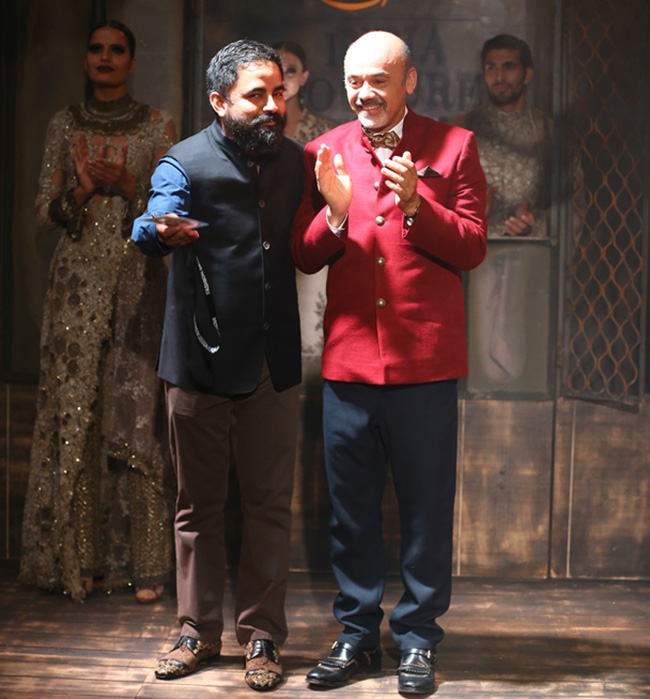 New Delhi, July 30 (IANS) Widely known for creating ensembles that are not only rooted in Indian culture, but also accentuate feminism even if draped in the simplest way, ace designer Sabyasachi Mukherjee says he will continue to celebrate the beauty of the human body through his work by making “beautiful garments”.

“I have always stuck to one theory that different kinds of silhouettes and trends might come and go, but what women really want is to look feminine, beautiful and glamorous,” Mukherjee told IANS on the sidelines of Amazon India Couture Week (AICW) 2015.

Citing the example of international designer Valentino, he added: “Year after year, that brand has made business out of women who look very beautifull and pretty in almost a very straight forward way. And right now that has been accepted by editors wolrdwide in mainstream fashion.

“I have never understood the need to create an an antithesis of beauty to keep our brand relevant. I would continue to make beautiful garments whether couture or ready-to-wear to celebrate the human body…(clothes) that celebrate women body and make them look beautiful.”

Mukherjee’s sartorial creations, marked by traditional fabrics and techniques, have made him a globally recognised name in the world of design. And as the opening designer of AICW, he created the same magic on ramp.

That itself is the essence of couture.

“I think the first word that I would attribute to the making of couture garment is the audacity and the scale because what is very important in making a couture garment is to make sure that you make something that is so exotic that it is hard to replicate.

“Also, couture stands for things that are not readily available in the local market so in terms of man hours, a couture garment should be very detailed and it should take a lot of time to make bacuse time is the essence of luxury in the modern world.”

Mukherjee, who started his label ‘Sabyasachi’ in 1999, earned the distinction of being one of the few names in the history of Indian fashion to participate at fashion weeks in Milan, New York and London.

He has also styled for some of the popular Bollywood actresses, including Vidya Balan, Tabu, Rani Mukerji, Shabana Azmi, Aishwarya Rai, Sushmita Sen and Kareena Kapoor Khan. Among the current crop of Bollywood’s ladies, he has got patrons in Deepika Padukone and Kangana Ranaut, and among international actresses Renee Zellweger and Reese Witherspoon have sported his label.

Asked how he plans to take the brand ahead with same uniqueness, he promises not to disappoint.

“I think over the years as I am growing up and the brand is becoming little more mature in terms of its market relevance and experience, I think we are striving more and more to make women’s wear more luxurious, opulent yet at the same time not lose the sense of quirk that we as the brand stood for,” he said.

The story of patan patola