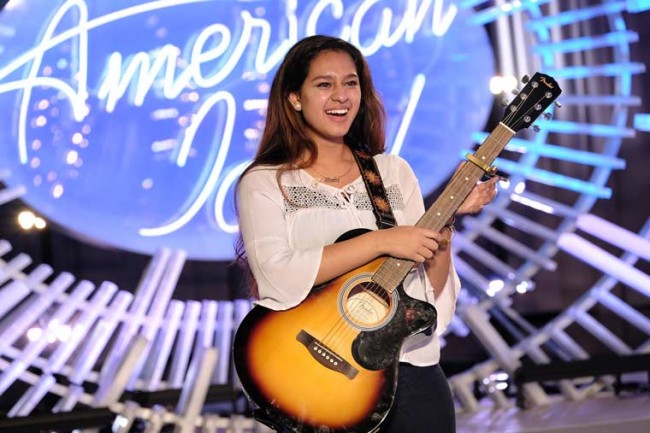 Los Angeles, March 26 (IANS) Grammy nominee Katy Perry was blown away by the performance of Alyssa Raghunandan, an Indian origin contestant on the “American Idol” show.

The 15-year-old wooed the singing reality show’s judges Perry, Lionel Richie and Luke Bryan through her rendition of “Almost is never enough” by Ariana Grande. It helped her win the coveted ticket to Hollywood, read a statement.

Watching her perform, Perry, who married comedian-actor Russell Brand in Rajasthan, India, in 2010, commented: “I full-body felt what you were singing, I am a believer in you. You’re top 10.”

The show, which is currently being shot in the US, will soon be making its Indian television premiere on Zee Cafe.

Alyssa’s story on the show also featured her father Dennis Raghunandan, a single parent whom Alyssa considers her best friend.

She said her father was there for every audition and every performance through her budding music career.

March For Our Lives: Students lead huge rallies for gun control across the US