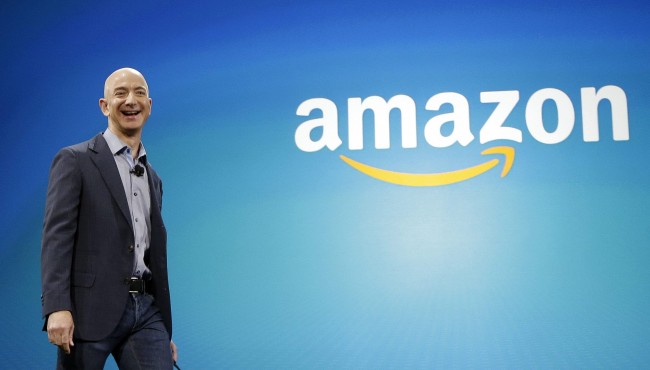 New York, Jan 11 (IANS) Amazon CEO Jeff Bezos is now the world’s richest man, not just at present, but of all time.

Both Bloomberg and Forbes have put Bezos on top of their billionaire lists. Bloomberg said Bezos’ net worth reached $106 billion while Forbes put it at $105 billion as of Wednesday, Xinhua news agency reported.

The previous record was held by Microsoft founder Bill Gates with $100 billion in 1999.

The majority of Bezos’ net worth comes from the 78.9 million shares of Amazon stock he owns. Shares of Amazon (AMZN) climbed nearly 57 per cent in 2017.

The Seattle-based corporation managed to make up 89 per cent of online spending among major retailers in the five-week period beginning on Thanksgiving, according to an analysis of transaction data by Earnest Research in New York.

Bill Gates now still sits on the No. 2 post on both of the fortune lists with roughly $92 billion. Some argue that if not for his significant charitable contributions, Gates would still be worth far more than Bezos.

According to Bloomberg, Gates has given away almost 700 million Microsoft shares, worth $61.8 billion at today’s value, as well as 2.9 billion of cash since 1996.