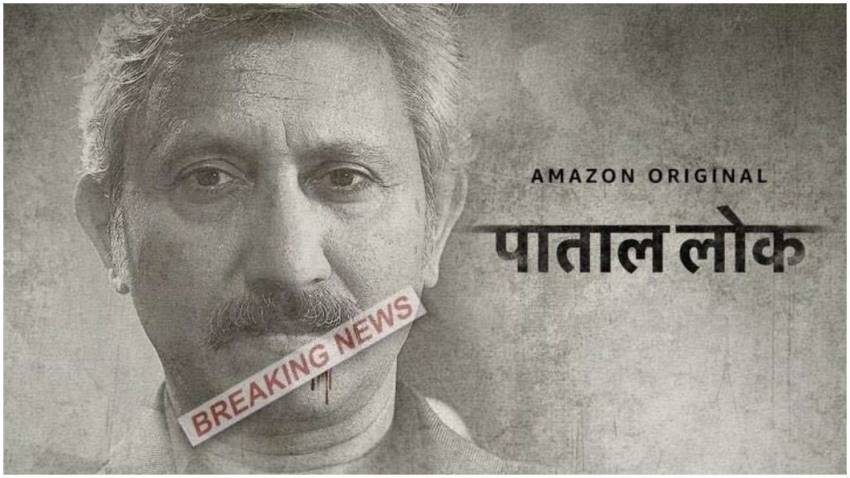 “Paatal Lok” takes its time to draw you into the darkness that defines its essence. Over the first two episodes, we are essentially introduced to characters and the locales where they exist, even as slowburn after-impact quietly builds. Then, with a mighty blood-splattered thwack that might make you squirm the next time you see a hammer, episode three (aptly titled ‘History Of Violence’) grandly announces you’ve been drawn into “Paatal Lok” — the hellish underbelly of heartland India where law and the lawless cohabit to form a peculiar societal entirety.

To understand the title, you need to understand the three key protagonists of this show. The plot is centered on hotshot Delhi journalist Sanjeev Mehra (Neeraj Kabi) and a plot to assassinate him. Outer Jamna Paar thana’s Inspector Haathi Ram Chaudhry (Jaideep Ahlawat), a low-profile cop, is handed the investigation. The cards are laid bare right at the start of the story, with the capture of the four hired killers. Each of them has a back story, but the one who arrests your attention right away is Vishal Tyagi, or ‘Hathoda’ Tyagi (Abhishek Banerjee), a dreaded hitman from Chitrakoot with close to 50 kills in his kitty.

The title of the show pertains to the bunch of assassins. They hail from a world within India that defines ‘Paatal lok’, or hell, where the “keede” (vermins) thrive, as Hathiram explains to a rookie cop in an early shot. Hathiram and his middle/ lower middle-class ilk would be classified as denizens of ‘Dharti lok’ (earth), which is far removed from the ‘Swarg lok’ (heaven) where society’s elite as Sanjeev Mehra dwell.

It is important to understand that class divide on which everything about this story rests, and showrunner Sudip Sharma along with his co-writers (Sagar Haveli, Hardik Mehta and Gunjit Chopra) effectively set up the nuances of each ‘lok’ with unflinching detail.

It comes across in the way a sort of self-ordained ‘system’ exists amid the criminal chaos of the smalltown badlands, just as it leaves a searing impact in Sanjeev Mehra’s stoic reaction when he is paparazzed by his own tribe. As he tries getting home from the police station after the news of an assassination bid on him has become public, he is hounded by the very media he represents. “Who are these people?” asks his baffled associate. “They are us,” replies Sanjeev with quiet cynicism, gazing out of his flashy luxury car.

“Paatal Lok” maintains a fine balance between the worlds of its three protagonists, which constantly collide and yet maintain a distance as the sage moves ahead, oscillating between past and present. The approach is clinical as the show delivers its message — these are worlds that are symbiotic and yet parasitical for each other, co-existing in a murky mess where lines separating heaven, earth and hell obliterate.

And yet amid the brutal tension, there exist the tender moments, served exactly in proportions that they don’t distract from the essential text. Hathiram’s choppy relationship with his teenage son, and the latter’s obvious inferiority complex over his father in front of his posh schoolmates, is brilliantly executed. The sequences are intelligently used to let us understand Hathiram’s obsession to solve a case that is clearly too high-profile for his stature in the Force.

A similar impact resonates in the depiction of Sanjeev Mehra the man beyond the celebrity, evident in the formality of a relationship he maintains with Dolly (Swastika Mukherjee), his lonely, emotionally-broken wife.

These are but just the key players. The fact is every character in “Paatal Lok” is outstanding in the way it has been imagined. In turn, a perfectly-cast set of actors come up with some unforgettable performances. Jaideep Ahlawat and Neeraj Kabi lead a flawless cast, but the pick of the show would have to be Abhishek Banerjee as Hathoda Tyagi. Across nine episodes Abhishek must have barely spoken two pages’ worth dialogues. Silence rarely looks so sinister on screen.

The makers have rightly avoided the compromise of inserting needless light moments, but I quite loved a quirky touch that has been rendered to the show’s most important twist in the end. It has a Tarantino-esque dash of wit about it and, trust me, you will love dogs a bit more after watching it!