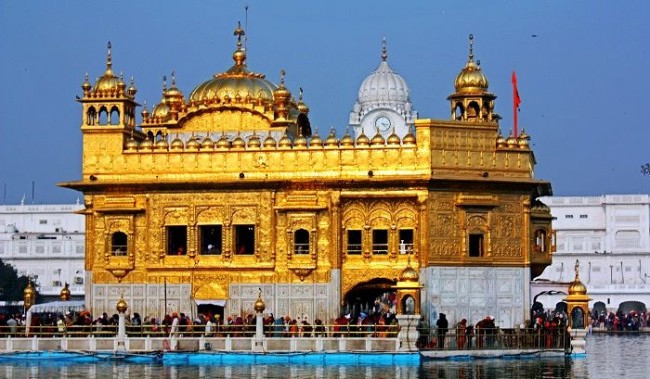 Washington, Dec 19 (IANS) Online retail giant Amazon has been slammed by several Sikh bodies for reportedly selling doormats, rugs and toilet accessories bearing the image of the highly-revered Golden Temple and was asked to immediately remove the “disrespectful products” that hurt the sentiments of the community worldwide.

Prominent community body in the US, the Sikh Coalition, said in a statement on Tuesday that it was alerted to Amazon selling doormats, rugs and toilet seat covers with the image of Golden Temple.

In response, the civil rights organisation said it “immediately contacted Amazon to remove the products while detailing the culturally insensitive problems with the items being sold and the offensive message it sent to Sikhs around the world”.

“The Golden Temple is not a doormat,” it tweeted, adding that in the hours since, through community outreach, several pages had been removed from the Amazon portal.

Another group, NGO United Sikhs, issued a statement calling on Amazon CEO Jeff Bezos to do the same and said it had received “numerous complaints” from members of the community about the products.

Some of the items had been removed from the website on Wednesday, but the Golden Temple toilet accessories remained available, the group said.

“The merchandise featuring the disrespectful placement of Darbar Sahib shows a total lack of understanding on behalf of Amazon and its employees. We demand Bezos address this issue immediately.”

The group offered “Sikh awareness training” in “an effort to educate Amazon’s staff and prevent anti-Sikh products from being sold on the site in the future”.

It also “reached out to the manufacturers of the merchandise to demand their production to be ceased immediately”.