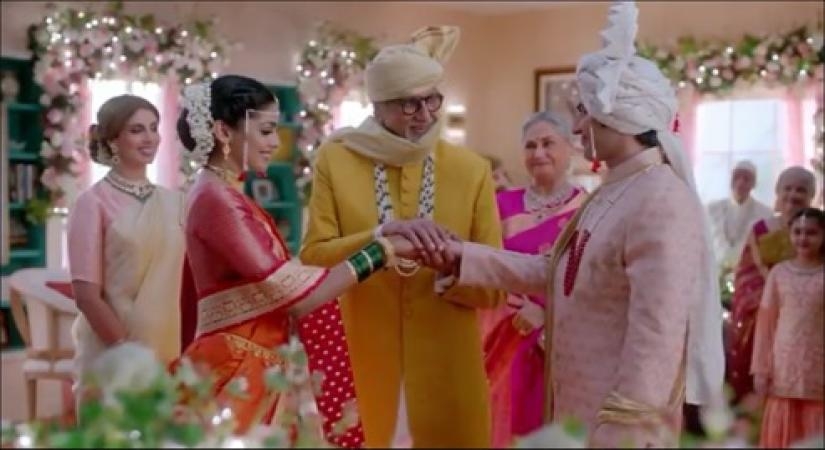 As a part of the sixth edition of its #TrustIsEverything campaign of Kalyan Jewellers, the brand has launched a 90-second multilingual film ‘#TrustIsEverything’ that sees all its global and regional brand ambassadors come together to “celebrate their different identities, languages, cultures and traditions, woven together by the emotion of ‘Bharosa'”.

Reinforcing this tradition through the new campaign, the film showcases the symbolic role that jewellery plays in wedding celebrations across the country, and also highlights the brand’s hyper local jewellery designs that are part of the Muhurat Bridal Collection e an integral part of all Indian weddings.

From Jaya Bachchan’s ‘Bharosa Rakho’ to Amitabh Bachchan’s heavy voiced ‘Bharosa Hi Sab Kucch Hai’, the film takes us through a plethora of emotions witnessed during the auspicious wedding Muhurat in households from North to South and East to West, while highlighting the nuances and traditions of each culture.

Pooja Sawant, Kalyan Jewellers’ Brand Ambassador for the state of Maharashtra, said: “I was super excited to work alongside the legendary Amitabh and Jaya Bachchan for the Kalyan Jewellers’ #TrustIsEverything campaign. It has been a phenomenal experience to be a part of such a huge project and share screen space with these iconic actors. I am thrilled at how well received the ad film is, and I’m particularly excited about the Marathi version of the ad, in which I’ve done the main voice over.”

The film traces the journey of brides – from the day of the engagement to jewellery shopping with family to the wedding at the mandap followed by the reception and finally the grihapravesh in her new home e each, seen through the eyes of a different bride. The film aims to capture the essence of different cultures, languages, traditions and values, while highlighting that trust is the basis of relationships e everywhere!

Wamiqa Gabbi, Kalyan Jewellers’ Brand Ambassador for the state of Punjab, said: “Kalyan Jewellers’ #TrustIsEverything campaign is truly a celebration of the Indian bride considering how beautifully it showcases the journey of a bride from the engagement ceremony to ‘Griha Pravesh’. I love the way the ad showcases the diversity in India when it comes to authentic wedding celebrations in different parts of the country. I was delighted to be a part of this beautiful campaign and also share the screen alongside Bollywood superstar Katrina Kaif who is one of the most iconic performers of our generation. Being part of this campaign has truly been an experience I would cherish for the rest of my life.”