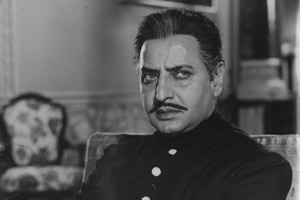 Mumbai, July 12 (IANS) Recognized by that drawled ‘barkhurdaar’ in his steely voice, Indian film industry’s most hated reel life villain, Pran Krishan Sikand – or Pran as movie credits and fans always called him – has bid his final goodbye to all the onscreen heroes who happily bashed him up and the heroines who dreaded him.

Born into a wealthy family in Delhi Feb 12, 1920, Pran lived and was educated in Lahore, Kapurthala, Meerut, Dehradun, Rampur, Unnao and finally Mumbai as his father, Lala Kewal Krishan Sikand, was a government contractor building bridges and roads, including the Kalsi Bridge near Dehradun.

Though he seemed interested in and pursued a course in photography in Lahore, a chance meeting with a movie producer got Pran a role in “Yamla Jat” in 1940 when he was 20.

After the partition of India, Pran, who had married Shukla in 1945 (the couple later had two sons, Arvind, Sunil, and daughter, Pinky), decided to leave the Lahore film industry and shift to then Bombay.

But, unlike his smooth entry in Lahore, it was the start of a brief period of struggle to get a foothold in Bollywood.

Though he managed to get the role of a lead hero in some movies, his personality and natural acting talents came to the fore only as a villain in those early days of the black-and-white era.

His piercing, intense and unwavering deadly eyes made him a tailormade villain for the romantic heroes of that era, including Dilip Kumar, Dev Anand, Raj Kapoor, Shammi Kapoor, Shashi Kapoor, Rajendra Kumar, Raj Kumar, and later Dharmendra, Rajesh Khanna, Amitabh Bachchan and many others.

No doubt, on screen, they all never missed an opportunity to get back at him and loved to bash him up – even as the viewers in the dark cinema halls let out sighs of relief at the end of the one-headed, evil-eyed Ravan, as the heroes and their dainty heroines sauntered into the mist.

“Throughout an estimable career, (Pran) used his eyes, voice, diction, facial mobility and body language to powerful effect. He could memorize reams of dialogue just by glancing at the sheets of paper handed over to him on the sets, more often than not a minute before the call of lights, action, camera. He never made a mistake, the lines flowing smoothly from a photographic memory,” was how the legendary Amitabh Bachchan described him a few years ago.

Pran acted in over 400 movies in a career spanning over six decades and made smooth, seamless transitions from a hero to a villain to a character artist, playing each role with rare finesse, his ‘extra touch’ ensuring that each was different from the other.

The roles ranged from being the domineering, cruel brother-in-law in “Ram Aur Shyam”, the limping and loveable Malang Chacha in “Upkar”, the streetsmart fraud in “Victoria No. 203”, and the brother of the character played by Dev Anand who reforms after learning his true identity in “Johny Mera Naam”, the rough but kind Pathan in “Zanjeer”, which was a turning point in Amitabh Bachchan’s career, the evil lame Uncle Kaido in “Heer Ranjha” and the stern jailer in “Kaalia” who sent the worst criminals into shudders, among many others.

His contribution was finally recognized with the award of the Indian film industry’s highest award – the Dadasahab Phalke Award – for 2012.

Movie buffs recall how, while the hero’s entry was expected, Pran’s entry always remained mysterious – despite the credit line “…and, Pran”, which was also the title of his autobiography.

“The camera would first start focusing on his shoes, then his body, then thick smoke emanating from a cigarette and as the haze cleared, pan directly into Pran’s mesmerizing, powerful eyes,” said Ramila Desai, a former college professor, now in her early 60s, who grew up on a diet of the villainy practiced by Pran and his colleagues like Ajit, Prem Chopra, Madan Puri and their ilk.

As the viewers cowered in their seats, anticipating the worst for the hero, the heroine and other favourites, Pran would start with one of his favourite trademark lines, “Barkhurdaar,” “Sardar, ye police ka aadmi hai,” or “Kyun, theek hai na?”, or even “Shatale, shatale, mera bhi samay aayega…!” and many more memorable lines.

Despite the non-salvageable, utterly negative and chronic bad onscreen image, the real life Pran was absolutely different, a lover of Urdu poetry, folktales, humour, and one who always went out of his way to help people in need.

“He was delightful company who loved to smoke and enjoyed his evening Scotch, after the shootings,” as Amitabh once recalled.

Close associate and veteran film producer, A. Krishnamurthi of Tina Film International, Mumbai said: “He was softspoken, uninterfering, highly cultured, a lover of sports and games, associated with many social and sports organizations, loved to take part in charitable activities for the poor in the film industry and queued up to help people around the country in times of disasters.”

Under the patronage of then Maharashtra Governor Nawab Ali Yavar Jung, Pran conducted several charity shows for Bangladesh refugees in the aftermath of the 1971 war, and for underprivileged or disabled or blind children.

One of the few in the film industry who would always answer his phone calls (if he was around), Pran had been ailing with old-age related diseases for the past few years, but several top industry personalities came eagerly to greet him on his 90th birthday.