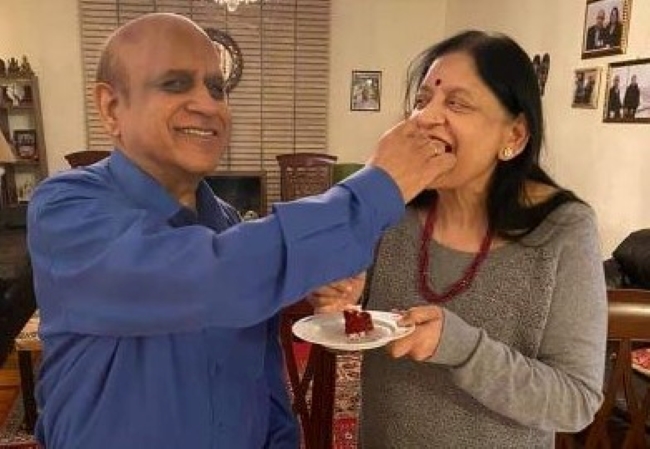 Dr. Sudheer S Chauhan, a kind-hearted physician of Indian origin, who had dedicated his life to the service of patients in the New York region, succumbed to the deadly coronavirus on May 19.

Dr. Chauhan, an Internal Medicine specialist in South Richmond Hill, New York, who was diagnosed with COVID-19 and battling for his life for the past few weeks, died of complications from the illness.

“Our father, Dr. Sudheer Singh Chauhan, Internal Medicine physician and Associate Program Director IM Residency Program at Jamaica Hospital, New York passed away on May 19 after battling with COVID for two months. We will miss this unique, kind, gentle and caring spirit. May his soul rest in peace,” wrote his daughter, Sneh Chauhan on COVID-19 Physicians Memorial.

Dr. Chauhan had nearly half a century of diverse experience, especially in Internal Medicine. He received his graduate medical education from GSUM Medical College, University of Kanpur, India in 1972.

“Dr. Chauhan was kind-hearted person and served his patients with passion and devotion and taught medical residents for several decades. The Indian American community and the fraternity of doctors, particularly in the New York region will miss him forever,” said Dr. Bhayani, President of AAPI-QLI.

Dr. Priya Khanna, 43, another Indian American nephrologist died in a New Jersey Hospital last month. The deadly virus also took the life of her father Satyendra Khanna (78), a general surgeon, after being in the ICU of the same hospital.

“We have a proud and scary moment; it is a mixed feeling” said Dr. Suresh Reddy, President of the American Association of Physicians of Indian Origin (AAPI), describing the conditions under which Physicians of Indian Origin serve: “They tend to work in areas that are medically under-served, like rural and inner-city areas, taking on a heavier work-load with patients who are more ill.”

During a recent candle-light vigil and inter-faith prayer organized by AAPI, with one-minute silence with folded hands and heads bowed, the AAPI members and spiritual leaders prayed for the recovery of Drs. Ajay Lodha, Anjana Samaddar, Dr. Sunil Mehra and thousands of other healthcare professionals.

Dr. Narendra R. Kumar, Past President of AAPI & AKMG, from Michigan, said: “Hundreds of healthcare workers are under quarantine or under active treatment at home and in hospitals. Many are on ventilators, including a few of our senior AAPI leaders, who are struggling for their lives.”

“Several Indian American healthcare professionals have been admitted in hospitals. We have lost one young physician. We want to make sure that all health care workers have proper PPE,” said Dr. Jayesh Shah, President, South Texas Wound Associates, PA and President, American College of Hyperbaric Medicine.

Describing Indian American physicians as “the real heroes” Dr. Anupama Gotimukula, Vice President of AAPI said, “Several immigrant physicians work in the New York and New Jersey regions, the epi-center of the pandemic. They are struggling with Green Card backlog and on temporary visa plans. Due to their vulnerability, they are forced to work and often they have no choice. Not having adequate PPEs while caring for the Covid patients, many have become positive, some have died, some are in ICU and some are recuperating at home. These are the true saviors and unsung heroes saving the lives of Americans.”

Ravi Kolli, Secretary of AAPI and a psychiatrist, said, “AAPI members as a group are over-represented in all the hot-spots as well as caring for under-served populations.”

“Our Indian American physicians are down in the trenches,” Dr. Amit Chakrabarty, Regional Director of AAPI pointed out.  “Unfortunately, we have had multiple heart-breaking incidents about our physicians who have contracted the disease while performing their duties, several are on ventilator and critical. Some have succumbed.”

“Indian American physicians are bearing the brunt of this pandemic in the US,” said Dr. Joseph M. Chalil, a cardiologist and professor at several US universities: “Not a day goes by without hearing about many getting infected, and several fighting for their life. Because of their disproportionate share of the population in the healthcare field. This pandemic is hitting close to home for me and my colleagues,” Dr. Chalil said.

Dr. Uma Madhusudana, who graduated from Mysore Medical College, and is working in a New York Hospital treating Covid19 patients, was honoured for saving several lives. More than 200 cars with recovered patients, relatives and police passed in front of her home to express their gratitude.

Indian-Americans constitute less than one percent of USA population. But they account for nine percent of American doctors and physicians. One out of every seven doctors serving in the US is of Indian heritage, providing medical care to over 40 million of US population.

There are about 80,000 practicing Indian American physicians and around 40,000 medical students, residents, and fellows of Indian origin in USA.