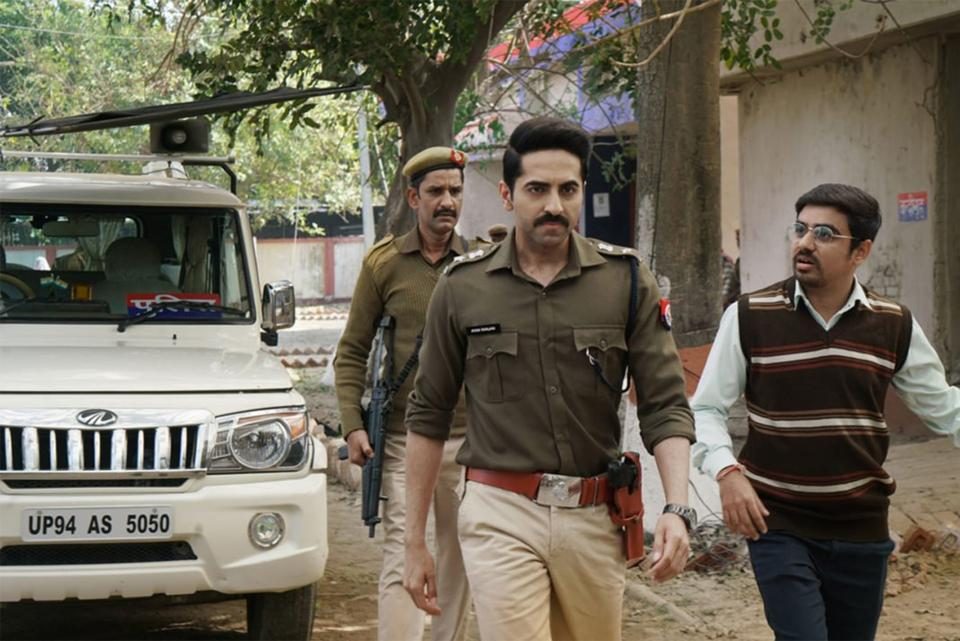 
Good morning India! Director Anubhav Sinha’s “Article 15”, is a hard-hitting, wake-up call to those who unknowingly and unwittingly indulge in caste and political polarisation. It offers nothing new, but it mirrors our society to the core and reminds us that our Constitution is under threat and that we are living in ruthless and dangerous times.

The title of the film centres around Article 15 of our Constitution, which is about Right to Equality. It prohibits discrimination of Indians on basis of religion, race, caste, sex or place of birth.

The film is designed as an investigative drama, involving IPS officer Ayan Ranjan (Ayushmann), who is posted in a small town in rural India.

On taking charge of the police station, he realises that the place is infested with caste discrimination. “It is like the wild, wild, West” (of America) he tells his girlfriend Aditi, who is based in Delhi, after two of the three missing girls from a village under his jurisdiction, are found hanging on a tree.

The investigation of this case moves at a snail’s pace with no attempt made to find Pooja, the third teenager. It is only after the locals tell him that the lives of these girls were at peril because they demanded a raise of Rs 3 in their daily wages that the reality of injustice strikes him and thence, he strives his best to counteract on humanitarian grounds.

This coolly passionate film mostly deals with Ayan’s thoughts rather than his life. It provides an involving examination and analysis of the ideas and ideals that consume his every waking moment, which is beautifully captured by his interaction with Aditi.

Also, he brings to the fore that Article 15 of the Constitution is way more than mere words to him when he counters his senior (Nassar) who tries to suppress him, during an inquiry. This scene is inspiring and makes you root for Ayan.

The film is definitely Ayushmann’s canvas. With a well-coiffured mane, Ayushmann is initially not too impressive as an IPS officer, but then his character grows on you and you get engrossed with the narrative as you are charged with whatever he does.

Every character is well-etched and the actors leave an imprint on your mind with their earnest performances. That’s all because the script is so tight and well-packaged with the right amount of seriousness, drama and light-hearted moments.

Visually, the film is dark and intense. It has a brooding feel that makes you uncomfortable and the film, appealing. Ewan Mulligan’s cinematography is flawless. Every frame is impressive as it captures the beauty of the locales and the miseries of the downtrodden with equal fervour. The uninterrupted shot of a sewage cleaner dunking himself into an overflowing, murky drain, is the one image that sticks with you forever.

The sound-track of the film is another highlight. The songs which include one of Bob Dylan’s numbers along with the background score, mesh seamlessly into the narrative. Two songs bookend the narrative. The first number is a potent one that builds the momentum for great expectations.

Overall, this film is a brilliantly portrayed, hard hitting eye-opener. As a society, it is time to see our reflection and do the needful.