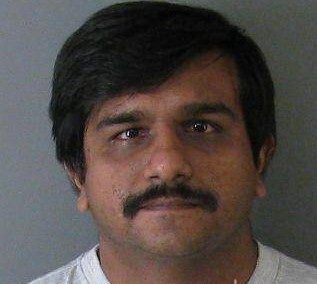 Atlanta, GA, April 3, 2019: Mehboob Mansurali Charania of Tucker, GA has been sentenced to 16 months in prison for his involvement in a transnational criminal organization that victimized over 340 people in the United States through a fraudulent India-based call-center scheme, resulting in over $200,000 in losses.

Charania, a citizen of India moved to Tucker in 2014. His prison sentence will be followed by three years supervised release. He has also been ordered to pay restitution of $203,958.02 to victims of the scheme.

Charania was convicted on January 17, 2019, after he pleaded guilty to engaging in an unlicensed money transfer business.

“The phone scheme Charania was a part of used lies, intimidation, and fear to extort or outright steal from unsuspecting citizens,” said U.S. Attorney Byung J. “BJay” Pak.  “Our law enforcement partners regularly uncover thieves who believe they found a new way to steal.  As Charania learned in this case though, law enforcement was well aware of these schemes.”

“Victimizing taxpayers by impersonating IRS employees is a serious crime,” said J. Russell George, Treasury Inspector General for Tax Administration.  “Since October 2013, more than 15,000 victims have suffered over $75 million in losses to the perpetrators of telephone scammers who impersonate IRS employees.  TIGTA is committed to ensuring that those involved in the impersonation of IRS employees are prosecuted to the fullest extent of the law.  Our investigations have identified 140 scammers who, like Mr. Charania, have or are, facing federal criminal proceedings.”

According to U.S. Attorney Pak, the charges, and other information presented in court: The defendant took part in a sophisticated scheme organized in India, that included a network of call centers.  Call center operators called U.S. residents over the telephone and misled the potential victims into sending money utilizing a number of different confidence scams.

If the victims agreed to pay, the call centers would have the victims send the funds to the attention of fictitious names used by Charania through wire transfers, including through MoneyGram and Western Union.  Charania also would conduct hawala money transfers by transferring proceeds to bank accounts as directed by an individual in India.