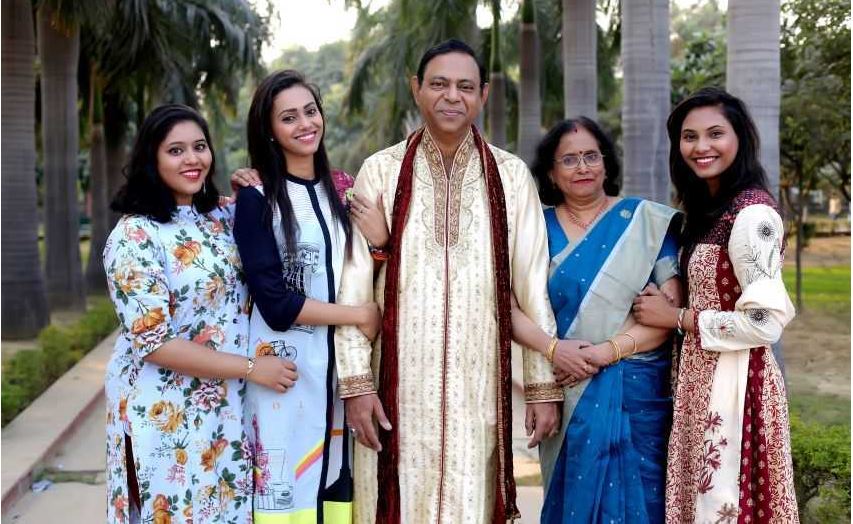 Atlanta, GA, August 4, 2020: “Each country where I had resided had its own comforts and difficulties. I think my job has provided me with a vision to understand things in their right perspective as I was exposed to various facets of life,” said Shailesh Lakhtakia, Consul (Political and Consular) at the Consulate General of India in Atlanta, in his exclusive interview with NRI Pulse. Atlanta was the last stop of Consul Lakhtakia’s longstanding and rewarding diplomatic career with the Indian Ministry of External Affairs.

Born on July 18, 1960, Consul Lakhtakia traces his roots to Lucknow, where he obtained two Bachelors’s degrees from Lucknow University, one in the field of Arts having studied Economics, Modern History and Political Science and another in the field of Law.  He went on to work in New Delhi with the Ministry of Commerce, Government of India between 1984 to 1987. In 1987, he took up new assignment with the Indian Foreign Service in the Ministry of External Affairs, Government of India and has been with this service since. Consul Lakhtaia is married to Rashmi and is the proud father of three daughters, Nalini, Niharika and Kavita.

Notable contributions of Con. Lakhtakia’s Atlanta tenure, among others, include reducing prolonged waits for reissuance of Indian passport time and OCI cards, visa issue in 3 days and many emergency visas the same day. He successfully established annual organizations of International Day of Yoga in 2018 and 2019 and Diwali Fest, bringing communities together with increased participation and cooperation among leading Indian Associations. Con. Lakhtakia was actively involved in organizing events commemorating 150 years of birth of Mahatma Gandhi, including the installation of the bust of Mahatma Gandhi in the premises of the Consulate, the unveiling of which was presided by Shri Vinay Sahasrabuddhe, President, Indian Council for Cultural Relations. He also successfully organized an event in honor of Guru Nanak with the cooperation of all the four prominent Gurudwaras in Atlanta and from Gurudwaras in South East US.

Consul Lakhtakia’s camaraderie and contributions were well recognized in the Atlanta communities.

“If one is missing the touch of simplicity, elegance and approachability in any human being, one need not look farther than Shailesh ji and his family. Rare to find some gems. With best wishes to him from our entire Heartfulness community of Atlanta for his future spiritual and personal endeavors. He will always have friends of Heartfulness where-ever he goes,” commented Sanjay Sehgal, Atlanta lead of Heartfulness, Chairman, CEO, MSys Group.

NIACA awarded Con. Lakhtakia a plaque at a farewell event dedicated to him recently. “I respect Shailesh ji’s versatile experience and public skills of humility with intellect. He interacted and worked with virtually every diverse faction of the Indian community here. His biggest strength I experienced was that he was able to bring conflicting people together in big events of national importance. Shailesh ji never exploited differences between community factions for his own personal goals,” said Anoop Kapoor, President, NIACA. He was joined at the farewell by Shiv Agarwal, Anjaih Lavu, Sudhir Agarwal, Ajay Houde, Mustafa Ajmeri, Sanjeev Agarwal, Abhijit Thakur, among other leaders who commended his work. Rohan Ullal, Dolan Karmakar and Nehal Mehta provided entertainment at the event.

“Shailesh ji was instrumental in organizing two successful Diwali Fest programs for uniting the Indian community in Atlanta,” agreed Chand Akkineni, Founder/CEO at ITJobCafe, Inc. and Jobs4all and Vishwanath Ganti, Board Member, IACA, who added “Shaileshji is a good leader and inclusive person. It was a great experience working with him for the Community Diwali event at the behest of the CGI, in Atlanta.”

“Shaileshji is very courteous, humble, intelligent and graced numerous cultural organizations in spite of his busy schedule,” said Dr. Anu Bhat. “He is one of the most jovial and friendly Consulate official and I enjoyed knowing him at a personal level, “added Dr. Subrahmanya Bhat.

“My job has provided me with a lot of experience and exposure which I think many other services do not offer. I have met senior leaders, politicians, actors, thinkers, professionals, persons of global stature etc. Being posted most of the times in hard/difficult countries have made me realize the difficulties which human beings and communities undergo and their innovative ways of meeting the challenges. The good and the bad go together,” said Con. Lakhtakia about the most gratifying aspect of his job.

So, what was the most memorable incident through his travels that has stayed with him over the years?

“The Friendship Knot,” with His Holiness The Dalai Lama, the spiritual Head of Mongolia, Consul Lakhtakia recounts was “unforgettable”. “When I was posted in Mongolia His Holiness visited that country. I met him during his stay and later went to see him off at the airport. At the airport, in the VIP lounge where His Holiness was sitting, I went to greet him. He beckoned me to go near to him. When I came closer, he made me sit beside him. Then he placed his hand over mine and started a discussion. Though there was a flight waiting to take off for Japan, he kept on talking to me for nearly 35-40 minutes, keeping his hand over mine all this time not letting me go. The flight was getting delayed, but he did not care about it. I felt so honored and blessed by his gesture. Finally, when decided to leave he went with me (still holding my hand) up to the aircraft and inside. Before sitting down, he took a yellow scarf and tied a knot in the scarf. He gave it to me and said this is the ‘friendship knot’ between us. I was left speechless by his move. There was a sudden feeling of inner peace. I still have the scarf as a very valued possession. Later on, after he had left, I was told by some very senior Buddhist monks that is was very rare for him to show such affection. People generally get just to just touch feet etc. These monks even gently pulled my arm and kissed at the same spot where His Holiness had kept his hand,” elaborated Con. Lakhtakia.

Con. Lakhtakia picked Dr. Martin Luther King as his takeaway and inspiration from Atlanta. “He [Dr. King] had a vision remarkable for people of his age in his time. His thought carries the underlying principle of human equality and dignity, irrespective of the color of the skin or the country of residence. I do not recall any leader as great as Dr. King in present times who would think of an equal society. Dr. King was the flag bearer of hundreds and thousands of non-white persons of their ‘dream’ of an unprejudiced world.”

What challenges did the Consulate face during the pandemic? “Pandemics are not unknown to humankind,” said Con. Lakhtakia, adding that the current pandemic had seriously affected people and economies. “The Consulate has a limited staff and given the nature of the work it is not possible to get replacement if any staff member gets sick especially those which are India-based. At the same time the local Indian Diaspora looks up to the Consulate for assistance and guidance. Hence, the Consulate was functional at all times rendering consular services though some temporary curtailment was done of seemingly non-essential services. The Consulate helped people get medical assistance, food, lodging, guidance on legal stay, travel etc. The Consulate was greatly supported by various organizations and individuals and a large number of people benefitted. When evacuation flights to India started under the Vande Bharat Mission, the Consulate was able to help persons having compelling reasons for travel get air tickets. This process is still continuing,” he said.

How does one retire after a busy lifelong service of traveling, and intense diplomatic job of international prominence?  “Now is my time to play,” said Con. Lakhtakia, adding on a more serious note that he intends to get associated with tackling the problems of young adults/adolescents in India either through an organization already functional or having one of his own.

His hobbies include philately and numismatics. “I also wish to raise awareness through a practical approach for developing love and care for small animals (sparrows, crows, squirrels, frogs, doves etc.), so important in our lives and from the perspective of the ecosystem. These should not forgotten or left neglected. We should have a symbiotic existence.”

“NRI Pulse is doing a yeoman’s service to the Indian Diaspora by doing a non-partisan reporting of events both online and offline. The news coverage is balanced and educative. My personal opinion derived from interactions with the NRI Pulse Team is that the team does not try to mindlessly rush into reporting events/information. Instead it ponders over it and tries to get the correct information before reporting. This is being sincere and responsible,” observed Con. Lakhtakia about working with NRI Pulse.

We agree with Con. Lakhtakia J. Team NRI Pulse joins the Indian-American community in wishing the very best for his retirement and future endeavors.