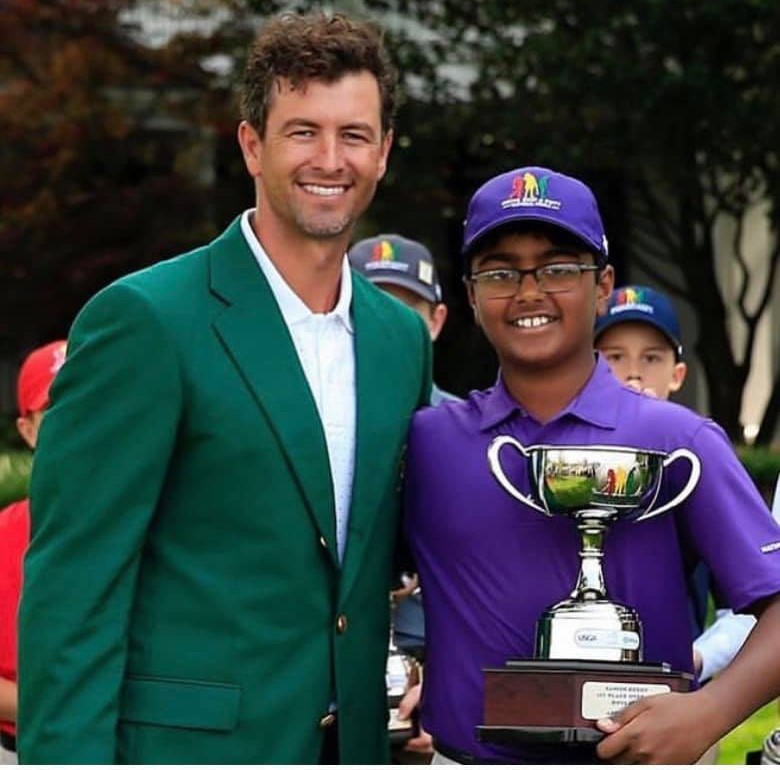 Atlanta, GA, May 1, 2019: Atlanta’s Sahish Reddy was one of eight junior golfers (4 boys and 4 girls) crowned at the sixth annual Drive, Chip and Putt National Finals at Augusta National Golf Club on April 28, 2019.

Conducted in partnership between the Masters Tournament, the PGA of America and the USGA, Drive, Chip and Putt is a free, nationwide youth golf development program open to boys and girls, ages 7-15, in four age categories.

Points were awarded in each individual skill category (drive, chip and putt), with the winner receiving 10 points, second 9 points, third 8 points, etc. The player with the most points following all three competitions was declared the overall winner of the age group.

Reddy made his victory with a 30-foot putt on Augusta National’s 18th green.

“Probably making the first 30-foot putt was my favorite moment,” Reddy said. “I am always going to remember that. I worked hard to come here and just putting on that green is such an accomplishment, so I feel great.”

A total of 80 young golfers played in Augusta.