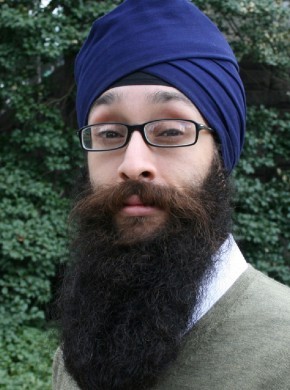 New York, Sep 24 (IANS) A Sikh professor who was attacked over the weekend by a large group of teenagers shouting “get Osama” and “terrorist” wants to show core American and Sikh values are the same.

“It’s clear that the associations between beards and turbans and terrorism are devastating for an entire community,” said Prabhjot Singh, assistant professor at Columbia University, who was attacked Saturday evening in Harlem, New York City.

The teenagers surrounded him on bicycles, pulling his beard and punching him. Shortly after the incident a Muslim woman was attacked a few blocks away.

“So I want to continue working to show that core American values are core Sikh values as well,” said Singh. “Most importantly, I want it so that my one-year-old has nothing to fear in this neighbourhood.”

State and federal law enforcement authorities in New York City are investigating the attack as an alleged hate crime, according to two community organisations, the Sikh American Legal Defence and Education Fund (SALDEF) and the Sikh Coalition.

An ambulance rushed Singh to Mt. Sinai Hospital, where he also works as a resident physician, SALDEF said.

Singh was hospitalised with displaced teeth, severe bruising and swelling, a small puncture in his elbow, and a possible fracture in his lower jaw. By Sunday evening, Singh was resting after surgery.

The two community organisations have called on law enforcement officials, including the New York Police Hate Crimes Task Force and the Federal Bureau of Investigation (FBI), to conduct a thorough investigation of the attack.

“This is a blow not just to Prabhjot and Sikh Americans, but to the ideals of all New Yorkers,” said Amardeep Singh, programme director at the Sikh Coalition.

According to Sikh Coalition community surveys, approximately ten percent of respondents in New York City and the San Francisco Bay Area have experienced bias-based assaults or property damage because of their Sikh identity.

US trade body accuses India of not playing fair