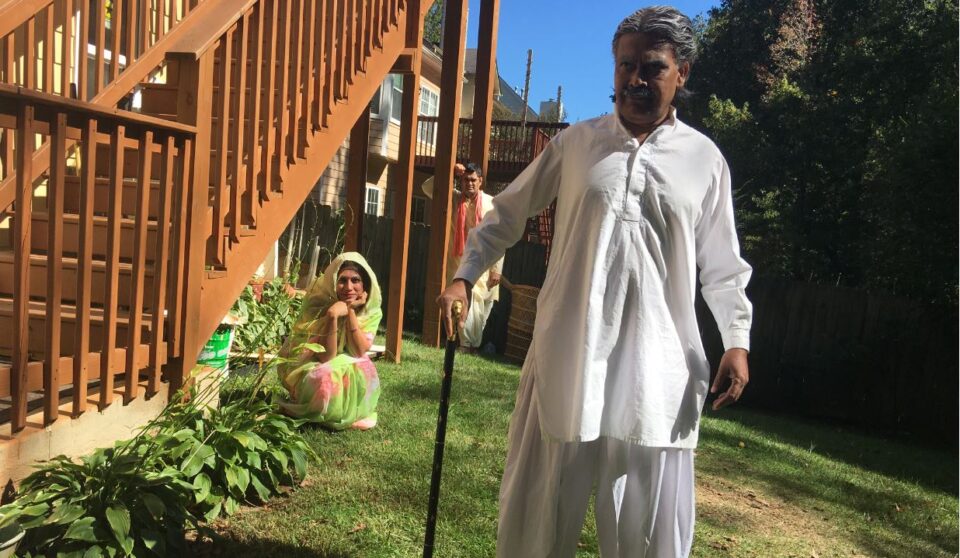 Atlanta, GA, January 26, 2021: Dhoop Chaaon , a successful and highly active 13-year-old Hindi theatre group in Atlanta, presented a wonderful play over digital media called “Bade Ghar ki Beti” in November. This is based on the story written by the veteran Hindi author, Munshi Premchand. He is known for touching upon social issues that are faced by the rural peasant class.

This play was filmed and presented at an online theatre festival – Prayash 2020 organized by Swati Dey Productions.

Armed with the knowledge and experience of using different recording techniques and film editing that was covered in some workshops held earlier this year, the play went through a seamless process of filming and editing. The result was a highly professional short film that had all the trimmings of authenticity with regards to the set and the characters.

This is a beautiful as well as popular story based in a rural setting. The essence of the story revolves around an affluent woman getting married into a normal middle-class family and her trials and tribulations as she adapts to her new home with class and elan.

Under the able leadership and vision of Dhoop Chaaon director, Sandhya Saxena Bhagat, the setting of the play was set up beautifully using limited resources, duplicating a village atmosphere. It is hard to tell that the shooting of the play took place in the backyards of some houses right here in Atlanta! Mr. Anil Bhagat was the cinematographer and did the entire shooting with patience and perseverance. Our talented young editor from India, Svayam Sarkar put the various shootings together in an effortless manner.

The past year has been about unlearning, learning and putting into practice new methodologies and acting expertise. It has been wonderfully showcased in the various e-Nataks such as “Ek Nav ki Sawaar” and “Nirupaji ka laal” that were the highlight of the team’s activities last year. As the new year begins, our viewers can look forward to an exciting new web series as the beginning of an eventful fun filled and exciting theatre journey!