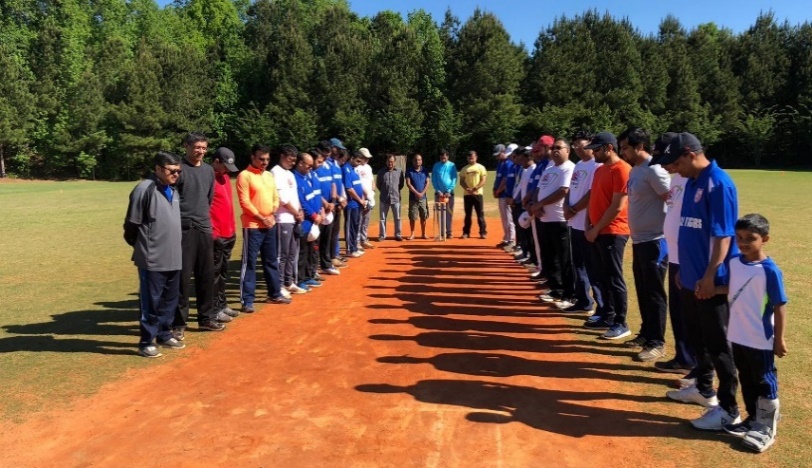 Atlanta, GA, May 10, 2019: After having a huge success in 2018, Bengali Association of Greater Atlanta (BAGA) hosted the Scicom Cup tournament for the second time. The cricket final match was played on April 27, 2019 in Shakerag park, Johns Creek. The 12-over-innings games were played following the Atlanta Cricket League (ACL) rules and under the direction of the umpires, Kaushik Basu, Kishore Chakraborty and Arijit Chowdhury.

Five teams- Rongbaaj, ICC, Super Strikers, Wildcards and Bengal Tigers participated in this round robin tournament and were led by their respective captains Dipankar Roy, Sourav Deb Roy, Abhijit Saha, Angshuman Guin and Somnath Dey. The decisive match was played between the Super Strikers and Bengal Tigers; Super Striker claiming the victory and the championship trophy. It was a fun day on the ground with a lot of excitement and community bonding, yet the mood was solemn.

On April 6, Siddartha Ghose, popularly known as Sid, a fellow cricketer of the community, passed away on the cricket ground due to massive cardiac arrest at 39 years, leaving behind his wife Atasi and a 2-year old beautiful daughter Ira. The incident shook the community.

BAGA players mourned and observed a minute of silence to pay homage to Sid’s memory. 2019

Scicom Cup, sponsored by Scicom Infrastructure Services and organized by BAGA Sports Committee under the direction of Kaushik Basu, Amit Singh and Arindam Chowdhury became a display of sportsmanship and a flawless execution.