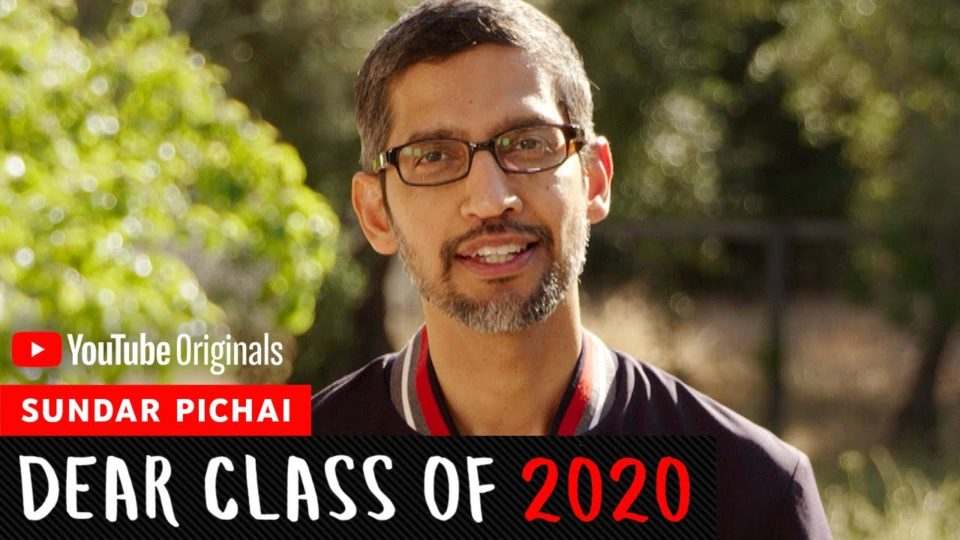 San Francisco, June 8 (IANS) Addressing a virtual graduation ceremony amid the pandemic, Google CEO Sundar Pichai told students not to lose hope and their “impatience”, while staying open-minded to find the things that they love.

YouTube streamed the “Dear Class of 2020,” a virtual commencement event bringing together inspirational leaders, speakers, celebrities and YouTube creators to celebrate graduates, their families, and their communities.

“There are probably things about technology that frustrate you and make you impatient,” Pichai said in his speech on Sunday.

“Don’t lose that impatience. It will create the next technology revolution and enable you to build things my generation could never dream of.

“You may be just as frustrated by my generation’s approach to climate change, or education. Be impatient. It will create the progress the world needs,” he said.

In his speech, Pichai also recounted the challenges he faced when he left India for the US to pursue a course at Stanford University 27 years ago.

“My father spent the equivalent of a year’s salary on my plane ticket to the U.S. so I could attend Stanford. It was my first time ever on a plane,” Pichai said, adding that when he eventually landed in California, things were not as he had imagined.

“America was expensive. A phone call back home was more than $2 a minute, and a backpack cost the same as my dad’s monthly salary in India,” he recounted.

He said that when he first touched down in the state of California, he could hardly see the changes that were coming.

“The only thing that got me from here to there — other than luck — as a deep passion for technology, and an open mind,” said the 48-year-old top executive.

Pichai, who grew up in Chennai and studied engineering at the Indian Institute of Technology, holds a master’s degree from Stanford University and an MBA from the Wharton School.

He joined Google in 2004 and helped lead the development of Google Toolbar and then Google Chrome, which grew to become the world’s most popular internet browser.