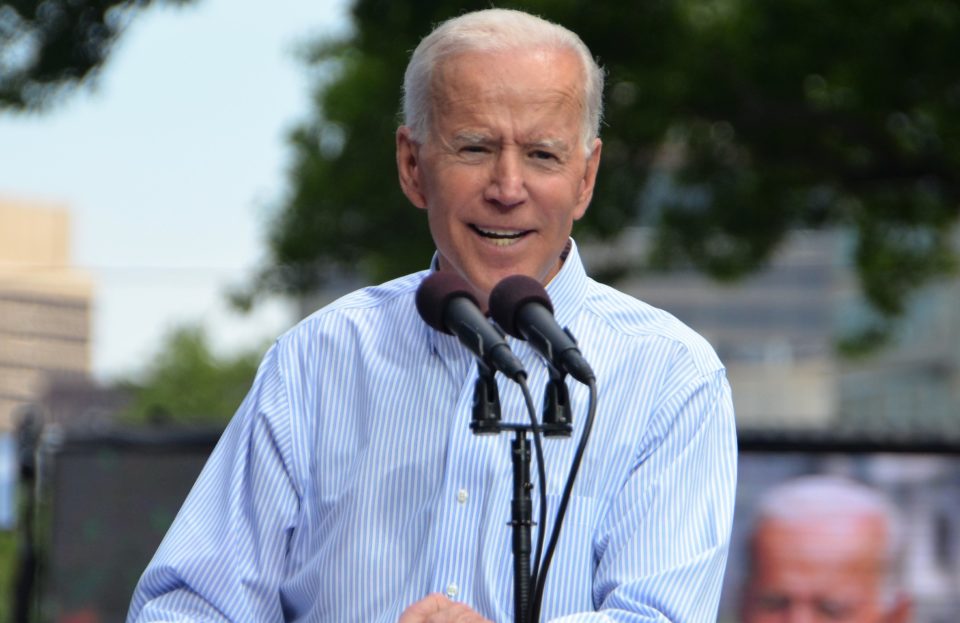 New York, July 15 (IANS) Former US Vice President Joe Biden, who is to be the Democratic Party candidate for president, has announced an immigration agenda that will end the country-wise green card caps for employment visas so that wait times stretching to decades for Indians can be reduced if he is elected.

His “Plan for Securing Our Values as a Nation of Immigrants” will also link H1-B visas to wages while increasing the number of such visas.

The Plan, which could be the basis of his manifesto for the November election when he is expected to take on President Donald Trump as the Democratic candidate, seeks overall to liberalise immigration to the US and increase the number of immigrants.

It sends a mixed message for Indians with most aspects of the Plan favouring some categories of Indians but with one that may tighten regulations for some H1-B visas.

“Biden will support expanding the number of high-skilled visas and eliminating the limits on employment-based visas by country, which create unacceptably long backlogs,” according to the Plan.

The total annual cap on green cards available for Indians is 20,000 leading to wait times stretching to decades.

Attempt by legislators from both parties to introduce laws to lift the cap have stalled in Congress.

The argument for reducing the visas at times is similar to Trump’s rationale for freezing green cards and H1-B visas that cites the current high unemployment.

Biden’s proposals on H1-B for highly skilled professional workers which is overwhelmingly held by Indians and on green cards, also has elements reflecting reforms and regulations proposed by Trump.

The Plan says that to ensure that those getting H1-Bs do not compete for entry level jobs or work against recruiting workers already in the US, theAvisas would be linked to wages.

The Plan said, “High skilled temporary visas should not be used to disincentivise recruiting workers already in the U.S. for in-demand occupations. An immigration system that crowds out high-skilled workers in favor of only entry level wages and skills threatens American innovation and competitiveness.”

“Biden will work with Congress to first reform temporary visas to establish a wage-based allocation process and establish enforcement mechanisms to ensure they are aligned with the labor market and not used to undermine wages,” it added.

This could make it difficult for many Indians to qualify for H1-B visas.

A senior Trump official recently said that the president wants to link H1-B visas to wages so that instead of the current lottery system, the visas would be given out in order of the wages offered starting with the highest.

Biden wants to exempt foreign students getting PhD degrees in science, engineering, technology and maths in the US from visa caps and automatically give green cards to those getting doctorates.

“Biden believes that foreign graduates of a US doctoral program should be given a green card with their degree and that losing these highly trained workers to foreign economies is a disservice to our own economic competitiveness,” his plan said.

He also wants to introduce a new category of immigrant visas that would be awarded through cities and local administrations facing shrinking populations and lacking entrepreneurs onAthe condition that those getting them settle in those areas.

“Biden will support a program to allow any county or municipal executive of a large or midsize county or city to petition for additional immigrant visas to support the region’s economic development strategy, provided employers in those regions certify there are available jobs, and that there are no workers to fill them,” the Plan said.

Where Biden diverges starkly from Trump is on other elements of immigration, especially those involving non-elites and refugees.

The Plan said that it opposed a “false choice” between green cards for workers and those for family reunification, which Trump wants to severely limit while switching to a merit-based system.

Applicants approved for family green cards will be given temporary visas under the programme and spouses and children of green card-holders will be exempt from limits on permanent resident visas, under the Biden Plan.

The Plan will also simplify the process for green card-holders to get citizenship and eliminate roadblocks imposed by Trump such as making it harder for those who have availed of public benefits.

Biden will also work with Congress to forge a system for the estimated 11 million illegal immigrants to get citizenship, the Plan said.

Other elements of the Biden plan include lifting the visa ban on some countries imposed by Trump and increasing the number of refugees allowed into the country.

Indian American couple charged in Atlanta for laundering $400,000 on behalf of phone scammers