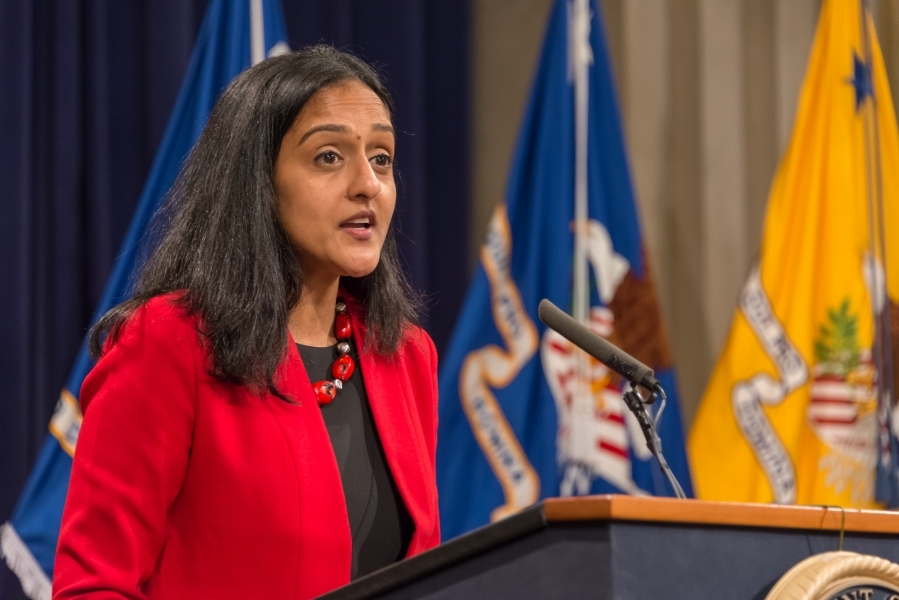 The reports on Wednesday also said that he will name Merrick Garland, a federal appeals court judge, as the attorney general.

Gupta had served as the principal deputy assistant attorney general and head of the Civil Rights Division at the Justice Department in former President Barack Obama’s administration when Biden was the Vice President.

She gained fame when straight out of law school she won the release of 38 people, most of them African Americans, who had been wrongly convicted on drug charges in a Texas town by all-White juries. She also got them $6 million on compensation.

She was then working for the Legal Defence Fund of NAACP (National Association of Coloured People).

Gupta went on to work as a staff lawyer for the top human rights organization, the American Civil Liberties Union, where she took on several cases for immigrants and victims of mass arrests.

A landmark case she won was getting a settlement for children held in privately run immigration prisons.

She is now the president and CEO of Leadership Conference on Civil and Human Rights, a coalition of more than 200 human rights organizations.

Gupta will have to be confirmed by the Senate as associate attorney general, which would be smooth sailing because the Democrats have taken control of the Senate.

She is the latest of a series of Indian Americans appointed to important posts by Biden and Vice President-elect Kamala Harris.

Among others are Atul Gawande and Celine Gounder to the Covid-19 task force, Mala Adiga to be the policy director for Jill Biden, who will become the First Lady, and Maju Varghese to be the executive director of their inauguration – the swearing-in ceremony and the festivities around it.

Former President Barack Obama had nominated Garland, considered a moderate, to be a Supreme Court judge in his final year in office but Republicans, who controlled the Senate, blocked the appointment.

Many African American leaders had pressured Biden to appoint someone from their community as the attorney general because of the need to redouble efforts to protect their civil rights and combat racism.

Appointment of Gupta with a strong civil rights records could reassure them about Biden’s commitment to the cause.