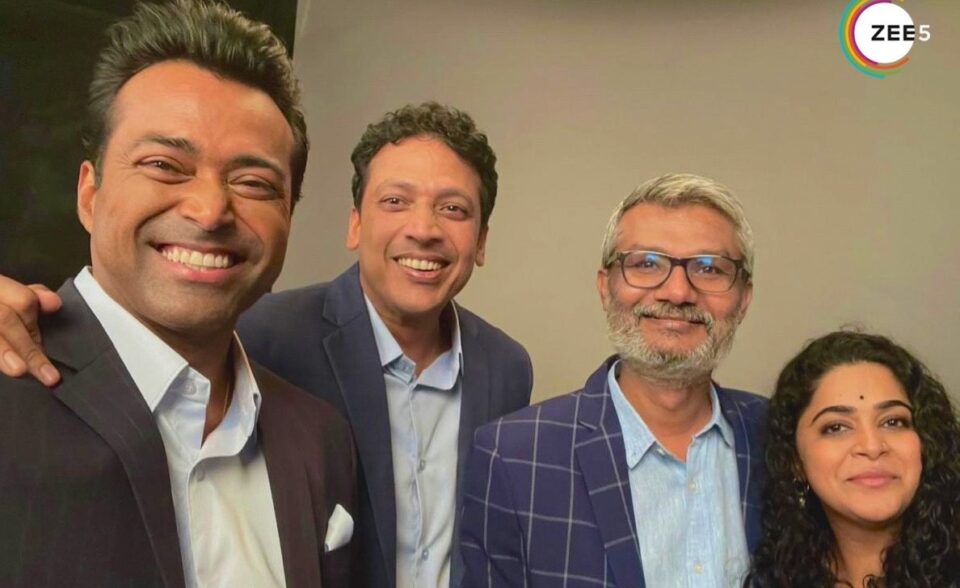 ‘Break Point’ promises to be a candid and honest seven-part docu-series based on the iconic partnership between two tennis legends — Leander Paes and Mahesh Bhupathi. It is a factual story of belief, hard work, ambitions, conflicts and controversies, but above all, a story of human vulnerabilities.

The duo nicknamed the ‘Indian Express’ were once the poster boys for tennis in India. They played together from 1994 to 2006 and reunited for their second stint from 2008 to 2011. They were one of the most feared doubles pair during the late 1990s and even ranked World No. 1 in 1999. Besides the Wimbledon championship they won in 1999, the duo also came home with two French Open titles in 1999 and 2001.

The series subtly tells us about the tennis players’ bromance, their passion for the sport, the intricacies of their relationship, and the strains on it in the context of unparalleled success. It tells us what happened, how it happened, and why it happened in a matter-of-fact tone.

With an interview and footage from their various matches, the series offers an exploration of both, life on the court and the vast spaces around it. It is about their loneliness, self-discoveries, and differences, as much as it is about tennis.

This review is based on the first four episodes. The first episode, titled ‘Two Little Indian Boys’, tells us a little about their families, their childhood, and how the two were introduced to tennis.

Making light of the matter, Leander gets into details and even jokes, that he was conceived during the Munich Olympics.

The other three episodes are titled ‘Almost there’, ‘Masters of Clay’ and ‘Two Good, Two Bad’. The series takes the audience along with the narrators down memory lane and nearly delivers the promised honesty. While Leander appears emotional and down to earth, often addressing Mahesh as his younger brother, Mahesh – a self-proclaimed reticent, appears cautious, treading on eggshells, spilling his heart out of how he felt hurt with Leander’s actions.

Amitabh Bachchan endorsing the two players in the first episode seems apt, but his comment in the second episode regarding a song from ‘Sholay’ seems like a forced insertion.

By the end of the fourth episode, the series loses its charm. You realise that the narrative format is staid and flat with no emotional or dramatic arc. Also, over time, the footage appears oft seen.

With their views, they all enhance the viewing experience to show that sportsmen too are vulnerable to human frailties.

But most of all, apart from sports lovers, ‘Break Point’ works best as an inspirational series. It should be shown to young minds to inspire them. To make them aware of what it takes to be a champion.

I never thought it would go so far: Interview with Manike Mage Hithe singer Yohani