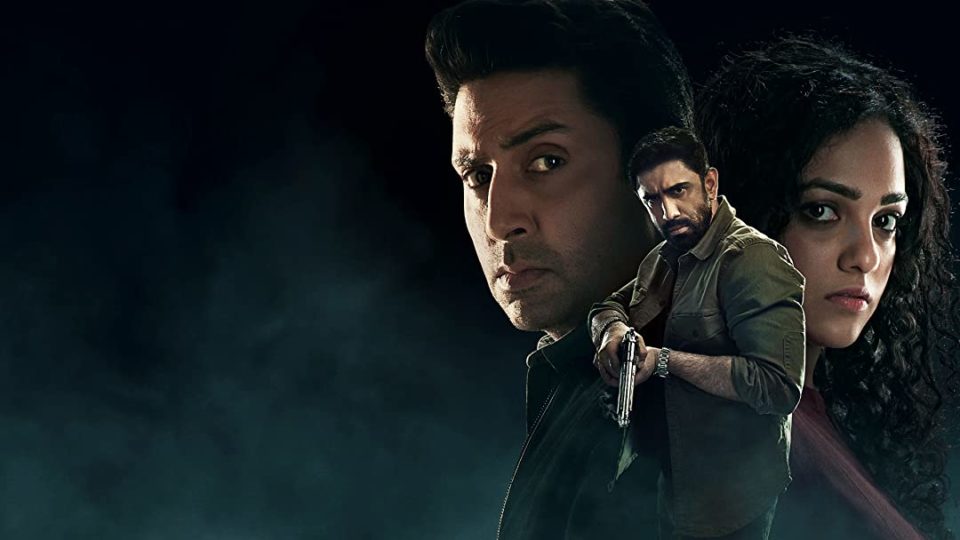 “Breathe: Into The Shadows” can be nutshelled in a few lines: If you are willing to suspend logic, the show builds up an amount of intrigue till about episode five, the end of which tosses a big spin in the story. And then, as the narrative moves, you realize what is basically wrong with the series. The show is too longwinded to be a thriller.

At 12 episodes with an average runtime of around 45 minutes each, Abhishek Bachchan’s OTT debut gets caught in the very tangles it tries setting up in a bid to create suspense drama, inevitably hurtling deeper into a mire of absurdity with each passing episode. In India, where the concept of limited series doesn’t seem to find favour among most digital producers, “Breathe” season two is the latest instance of a story that overstays its necessity.

Which brings us to Bachchan Junior, for long looking for the magic role that might catapult him back to the spotlight. On this show, he is Dr. Avinash Sabharwal, a successful psychiatrist whose happy family picture completes itself with wife Abha (Nithya Menen) and daughter Siya (Ivana Kaur).

The picture is shattered early on, when Siya is kidnapped. The kidnapper has a weird demand. He wants Avinash to commit a series of murders if he wants Siya’s wellbeing.

Soon, Avinash realises the killings he is forced to commit follow a pattern, and adhere to a notion of good and evil that draws from mythology. For, Avinash’s targets seem to be picked in accordance to the 10 vices that Raavan’s 10 heads represent, going by a particular legend. These are anger, lust, fear, ego, attachment, regret, hatred, jealousy, greed and insensitivity.

It’s not David Fincher’s “Se7en” exactly, but on paper at least “Breathe: Into The Shadows” must have seemed like an unusual concept. It is a thriller soaked in blood and brutality. At the core is a concept of evil drawn from one of the most fascinating mythical villains anywhere, and drawn from the unfathomable ways of the human mind. Avinash himself is a complex character, you discover as the episodes unfold, and his layered persona has a direct bearing with the way the plot will progress.

Yet it never quite comes together to set up an appealing entirety. Rather, creator Mayank Sharma and his co-screenwriters (Bhavani Iyer and Vikram Tuli) seem to be making up a story as the show moves, at random piling up any sort of situation that helps maintain a tone of sensationalism.

The impact is absurd, losing your attention with every passing minute after a while as the episodes roll.

The action moves to Delhi-NCR in the second season from Mumbai where season one unfolded, but Amit Sadh as Inspector Kabir Sawant gets to check in along with his sidekick, Sub Inspector Prakash Kamble (Hrishikesh Joshi). Like almost everything else in the storyline, the notion defies logic why the pair of Mumbai cops must be shifted to Delhi — except, perhaps, because Sadh and Joshi’s presence lets the makers underline the fact that this story is a part of the “Breathe” franchise.

Still, Sadh is sure as ever, essentially rehashing the Kabir Sawant prototype with which he impressed in season one. The thing about Kabir is he is not a central protagonist in these “Breathe” stories. Yet, when it comes to holding together the series as a whole, the character matters the most.

Abhishek Bachchan makes most of a role that was imagined with a degree of ambition but loses its way owing to unimaginative writing. He sets up believable chemistry as Avinash Sabharwal the shrink with Nithya Menen’s Abha. Saiyami Kher as the sex worker Shirley and Shruti Bapna as the celebrated young author Natasha Garewal make a mark — at least, as much as the weak writing allows them to.

“Paatal Lok”, “Panchayat”, “Inside Edge” and “Mirzapur” gave the impression Amazon Prime has cracked it, while serving good ‘desi’ stuff on OTT. “Breathe: Into The Shadows” busts the notion.