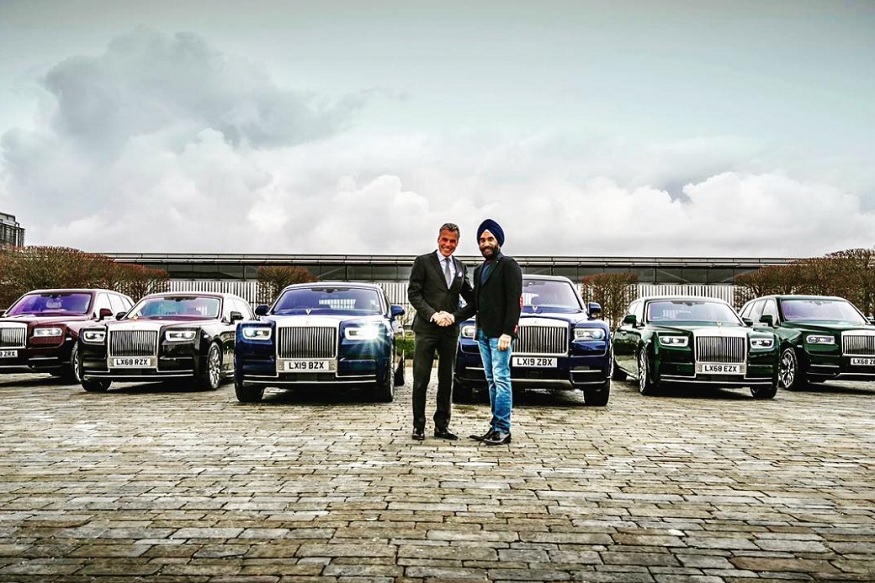 London, Feb 5 (IANS) Entrepreneur Reuben Singh — also known as the Bill Gates of Britain — took the Internet by storm when he updated pictures of his six newly purchased Rolls-Royce cars and added them to his personal “Jewels Collection by Singh” fleet. It cost him just Rs 50 crore.

The “Jewel Collection” with Phantom — the most expensive Rolls-Royce sedan in the market and Cullinan — the only SUV produced by the British luxury car marker — was delivered to Singh by Torsten Muller-Otvos, chief executive officer (CEO) of Rolls-Royce, himself, the media reported on Monday.

“There is always a little room for more,” Singh captioned the picture of his grand new Rolls-Royace fleet on his Instagram account.

The British entrepreneur became an internet sensation in December 2017 for the “seven day Rolls-Royce Turban Challenge”, in which he matched the colour of his turban with his 7 Rolls Royce for a week, after an Englishman mocked his turban.

With the latest addition to his garage, the total number of Rolls-Royce models in Singh’s possession has reached 20.

The car-enthusiast is a proud owner of other super-expensive and desirable luxury cars like Bugatti Veyron, Porsche 918 Spyder, Pagani Huayara, Lamborghini Huracan and Ferrari F12 Berlinetta (the only one of its kind in the world).

Born into a business family, the entrepreneur is CEO of private equity fund Isher Capital and has served on a government advisory panel for small businesses under former UK Prime Minister Tony Blair.