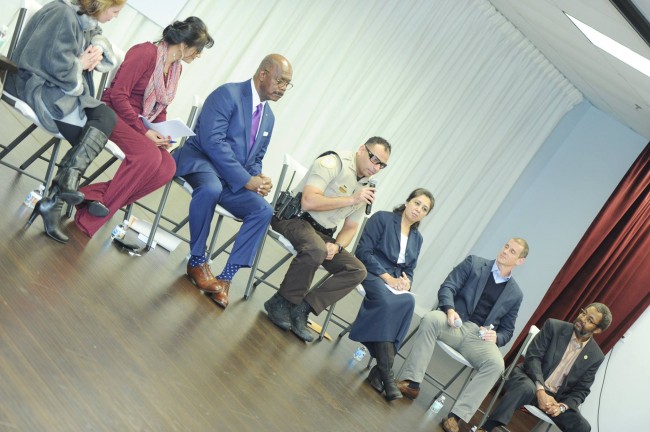 Atlanta, GA, December 17, 2018: “When a person’s house is burglarized, it is not just about the money and the stuff that has been taken away. Victims are also robbed of their peace of mind and a sense of security. It is mental trauma that is never talked about.”

Author Nandita Godbole’s impassioned personal account of the aftermath of burglary was part of the Chai and Just Chat panel discussion hosted and moderated by Dr. Nazeera Dawood on December 3, 2018 at the Johns Creek Event Center. Centered around the topic of combating thefts and burglaries, the forum threw light upon the roles of various agencies including law enforcement, the justice system, neighborhood associations, community groups, and social programs in the prevention and handling of such crimes. 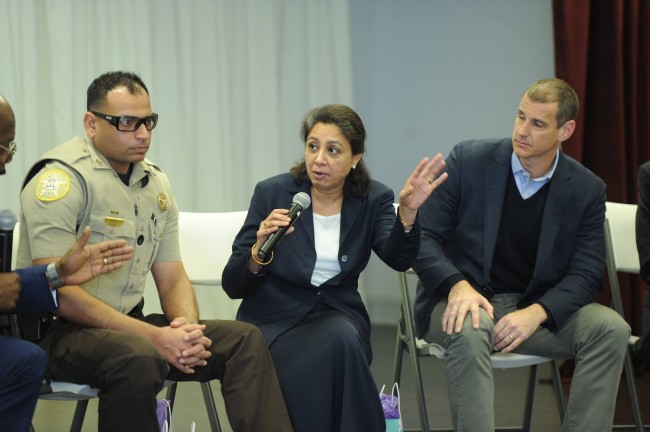 Godbole and her daughter had walked into their burgled home three hours after the crime, only to find broken pieces of glass and their belongings scrambled all over the house. And this was a neighborhood technically and tactically in accordance with the general guidelines of a safe community.

“We have lived in our neighborhood for 12 years. We have each other’s phone numbers. We text each other if we see odd things. Two policeman who live in the community drive by in and out for work. But the theft happened at 3:15 in the afternoon when everyone was in their homes or walking in and out of their homes or picking up kids from the bus stop not even a block from our house. And yet, nobody saw anything,” said an exasperated Godbole.

Acknowledging Godbole’s concerns, representatives from various agencies offered their explanations and touched upon various ways the government approaches crime- be it prevention, intervention or punishment.  The importance of data, crime statistics coordinated database, data sharing, technology use, encouraging coordination/communication, formal partnerships, specific behavioral changes were some of the themes that echoed during the evening. 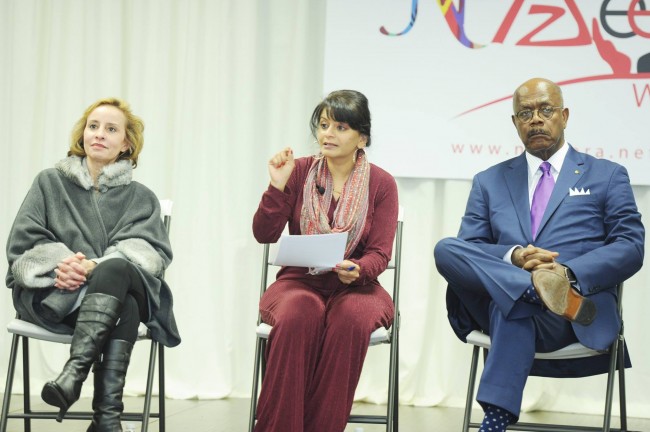 “The solution has to be comprehensive. Our entire governmental system is set up for this one purpose – public safety. If you don’t have the resources, then the current ones need to be redistributed,” said Howard Jr.

The DA went on to explain what the defendants had told him about how they decide upon a house to break into. “They go to neighborhoods where they are not immediately reported. Sometimes they said they would actually park a car in the neighborhood, a stolen car, to see if they get reported. So please call the police as soon as you see something suspicious. Request police to drive around your community even before anything happens,” urged Howard.

He added that in about 90% of the cases, the victims were responsible for apprehending the burglars. “It is the victims and the people in the community that play an important part in keeping your own neighborhood safe.”

“There is really no security system that can stop someone from getting into your home if they really wanted to,” said security systems expert, Palmer. He advised the addition of video recording and usage of high-pitched sirens that go off in and outside the house during the break in that might dissuade the burglars from staying in there for long.

“Living in a gated community isn’t necessarily a deterrent. There are a variety of factors that can affect individuals to commit the crime,” said Judge Lall. She was talking about criminals who could be addicts simply looking for quick money, and not necessarily targeting a particular type of community or race. “Persuasive evidence is needed for securing arrest warrants or incarcerations,” he said.

“The love addicts feel for the substance they are abusing is similar to feeling like being in their mothers’ arms. So they will do whatever it takes,” said Marshall, speaking of the drug abuse and the opioid epidemic, now rampant across the state and county. She warned people to lock up their medicine cabinets, especially at events such as open houses.

Addressing illegal acts of youth, Olli and Route emphasized the importance of strong parental attachments and supportive communities. “We have to determine based on each case, if the criminal is going to be detained or sent back home,” said Olli.

“The process seems long. But the investigators try their best,” assured Ahmedani. 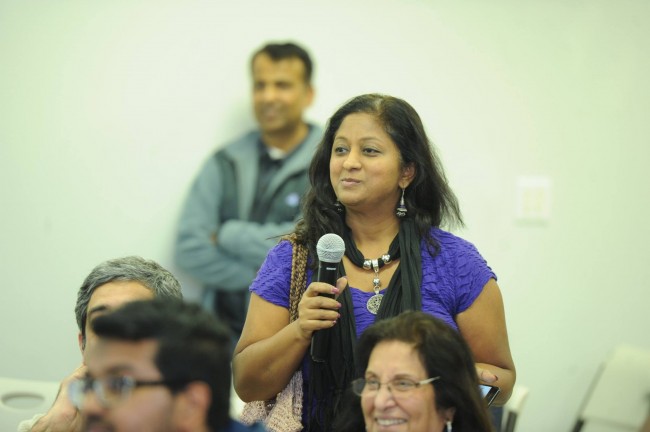 “Where is all the stolen goods being processed? Who is tracking this? How can this be a random act if the only Indian home in the neighborhood was attacked? The system talks about rehabilitation of criminals, and rightfully so, but what about the victims?” questioned Godbole.

“42% of the defendants take them to pawn stores and second-hand stores,” said Howard Jr. He highlighted the usage of Leadsonline program that reports all pawn shop transactions to the police, adding that not all counties use it and stressed upon the importance of implementing the program across the board.

The panel concluded that drug addiction and unaddressed mental illness are linked between crime rates of chronic offenders.

As an outcome of the discussion, the office of the DA (Fulton County) has proposed to analyze the statistics for home invasions in the Asian / Indian communities in North Fulton and has suggested spearheading a task force to solve such organized crimes. Johns Creek Community association in now interested to get in touch with their office to provide support and advocacy for implementing leadsonline. The DA’s office has also expressed interest in collaborating with local citizens and organizations to garner support for and implement Leadsonline regionally.

The Universal Grain: Love & role of choice discussed at meet