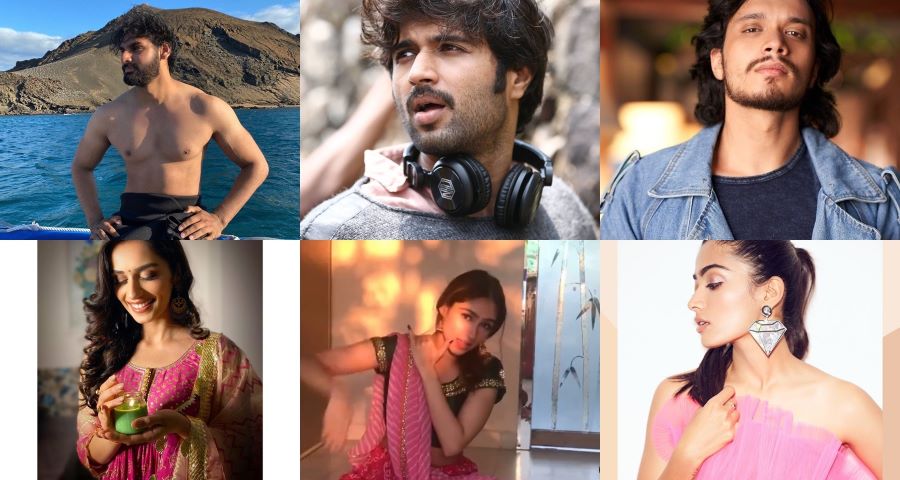 New Delhi, Dec 31 (IANS) None of the high-profile Bollywood launches in 2020 happened owing to the pandemic, so several aspiring actors are looking forward to the year that is coming up. A mix of star kids and outsiders are scheduled to enter Bollywood over the next 12 months.

IANS takes a look at the names who will most likely create waves:

Vijay Deverakonda
The Telugu superstar, who gained all-India popularity with his 2017 Telugu blockbuster “Arjun Reddy”, will be seen alongside Ananya Panday in Dharma Productions’ upcoming film directed by Puri Jagannadh. Promoted as a pan-India film, the project is aimed at showcasing Deverakonda as an all-India star material.

Ahan Shetty
Action hero Suniel Shetty’s son Ahan is all set to hit the big screen opposite the “Student Of The Year 2” actress Tara Sutaria in “Tadap”. The announcement of the Milan Luthria directorial was made last year. The film is a remake of the 2018 Telugu romantic drama “RX 100” that became a big hit.

Manushi Chhillar
She brought home the Miss World crown in 2017, and is now all set to debut in Bollywood with the period drama “Prithviraj”, starring Akshay Kumar in the title role of the warrior king Prithviraj Chauhan. Manushi plays Prithivraj’s lover Sanyogita. The Yash Raj Films historical, directed by Chandraprakash Dwivedi, was initially eyeing a Diwali 2020 release, but had to be pushed back owing to the pandemic.

Rashmika Mandanna
Rashmika is an actress in the Telugu and Kannada film industries, and has done a Tamil film, too. She makes her Bollywood debut with “Mission Majnu” opposite Sidharth Malhotra. The espionage thriller, directed by Shantanu Bagchi, is inspired by a true story set in the 1970s. There are reports that she has bagged another Bollywood film that stars Amitabh Bachchan.

Namashi Chakraborty
Early stills of his debut film “Bad Boy” drew comparisons with the handsome features of his father, yesteryears’ superstar Mithun Chakraborty. The youngster is ready to take on all the comparisons and is excited about the romantic comedy film directed by Rajkumar Santoshi. Namashi describes his debut feature as a “fun and youthful film”. He is paired with debutant Amrin Qureshi, daughter of Sajid Qureshi, who is the producer of the film.

Rinzing Denzongpa
Son of veteran actor Danny Denzongpa, Rinzing will show his action avatar in “Squad”. His debut film has also been delayed due to the pandemic. He has been cast opposite Malvika, who is the niece of veteran actress Anita Raaj. Many would remember Malvika as the young Pooja, or Poo in Karan Johar’s 2001 directorial “Kabhi Khushi Kabhie Gham”.

Pashmina Roshan
The daughter of composer Rajesh Roshan is yet to make an official announcement about her Bollywood debut, but there have been rumors. What added fuel was her cousin, actor Hrithik Roshan, sharing social media posts about her and writing positive words like “Proud of you Pashmina” on Instagram.

Indian web shows to watch out for in 2021