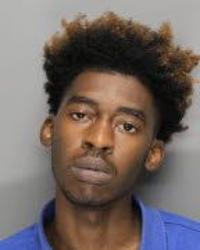 Cops said Rolando Jose Moore Figueroa, 17, boarded the school bus and entered the Wheeler High School campus with a handgun in his backpack, which was loaded with seven 9mm rounds. He was arrested at the school a little after 9 am.

Figueroa is currently in the Cobb County jail on a $25,000 bond facing two felony charges of hijacking a school bus and possessing a weapon at school, as well as a misdemeanor count of possessing a gun, reports Marietta Daily Journal.

The school apparently returned to normal schedule after the student was arrested.

According to Figueroa’s arrest warrant, he was on school campus with the gun in his backpack from 7:50 a.m. to 9:05 a.m. Friday. He does not have a gun license.

Parents found out about the incident when they received an email from the school.

“This morning, students made Wheeler administration aware of a rumor of a student who had made a threat to Wheeler’s campus. Out of an abundance of caution and in accordance with District policy, Wheeler’s campus was put on code red while Wheeler administration and Cobb County School District police investigated. During the investigation, a suspect was arrested who was found to be in possession of a weapon. Wheeler administration, staff, CCSD police, and District student-safety supports performed well, all students are safe, and school is operating on a normal schedule while CCSD police continue their investigation,” the email said.

A Wheeler High School freshman’s mother, on the condition of anonymity, told NRI Pulse she immediately texted her son to find out if he was okay. Her son responded that they were under lockdown.

The mother said her son goes to the school’s magnet program, which, although separate from the school’s regular curriculum, is housed in the same building. She said the school had three ‘code red’ alerts in 2018.

“I wasn’t alarmed when I got the email from school. But now, after reading the news in the media that the teen had taken a loaded gun to school, I am worried,” the mother told NRI Pulse.

“I wonder how this can be stopped,” she added.