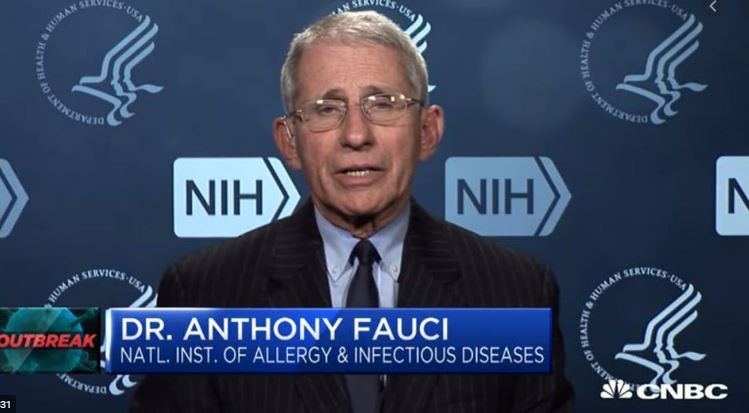 “Now, this is something we are still gaining data on, but most recent data looking at convalescent sera of Covid-19 cases in people who received Covaxin, it was found to neutralize the 617 variant,” Fauci was quoted as saying during the White House press briefing.

Fauci, who is US President Joe Biden’s chief adviser on the Covid pandemic, quoted the recent Phase 3 clinical trials of Covaxin by ICMR, which claimed that the vaccine neutralizes multiple variants of SARS-CoV-2 and effectively neutralizes the double mutant strain (B1617) as well. He called “vaccination an important antidote”.

“ICMR study shows Covaxin neutralizes against multiple variants of SARS-CoV-2 and effectively neutralizes the double mutant strain as well,” the ICMR said in a tweet. The ICMR study also demonstrated the neutralization potential of Covaxin against the UK variant and Brazil variant.

The second-wave of coronavirus, which crippled India’s healthcare system with lack of oxygen and others, highlighted global inequality, Fauci said, adding that countries have failed to unite to provide an adequate global response to prevent the “tragic” coronavirus outbreak from overwhelming India.

“The only way that you’re going to adequately respond to a global pandemic is by having a global response, and a global response means equity throughout the world,” the Guardian quoted Fauci as saying.

“And that’s something that, unfortunately, has not been accomplished. Often when you have diseases in which there is a limited amount of intervention, be it therapeutic or prevention, this is something that all the countries that are relatively rich countries or countries that have a higher income have to pay more attention to,” he added.

India recorded 360,960 new cases in the 24 hours to Wednesday morning according to Health Ministry data, another new daily global record. The ministry also said that India’s total number of fatalities had passed 200,000 to stand at 201,187.

US advises its citizens to leave India amid Covid surge

First of $100M Covid aid from US arrives in India