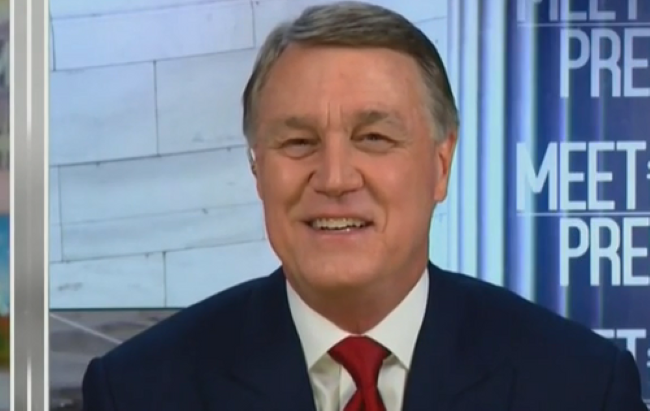 While speaking against the Democrats at President Donald Trump’s re-election rally on Friday in Macon, Georgia, Senator David Perdue called Harris “Kah-mah-la or Kah-ma-la or Kamala-mala-mala, I don’t know, whatever”, The Hill news website reported.

Harris, who is of Indian and Jamaican-African immigrant heritage, is the first woman of color to be on a major party’s national ticket.

Perdue’s remark has led to widespread criticism on social media and Democrats have also called on the Senator to apologize.

Taking to Twitter, Democrat Jon Ossoff, who is running against Perdue in Georgia’s Senate race, said: “”My opponent, GOP Sen. David Perdue of anti-Semitic attack ad infamy, just mocked Sen. Harris’ name as ‘Kamala-mala-mala-whatever’ at a Trump rally. We are so much better than this.

“Senator Perdue never would have done this to a male colleague. Or a white colleague. And everyone knows it.”

Also in a tweet, the Georgia Democrats said: “This is intentionally disrespectful and a bigoted racist tactic straight from the Trump playbook. Every Georgia Republican has to answer for this.”

In a statement, Democratic Senatorial Campaign Committee spokesperson Helen Kalla said: “Senator David Perdue has served in the Senate alongside Vice Presidential nominee and Senator Kamala Harris since 2017. He knows her name and he knows how to say it.

His disgusting performance today is nothing more than a desperate dog whistle from a losing politician… Perdue has shown he lacks the dignity and respect that Georgians deserve from their US Senator, and he must immediately apologize.”