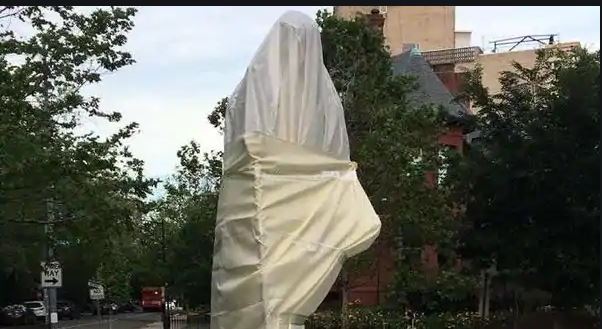 New York, June 10 (IANS) The statue of Mahatma Gandhi that was desecrated during the June 2 demonstrations in Washington DC is being cleaned, according to the National Parks Service (NPS).

A conservator was working with the Indian Embassy on Tuesday to restore the statue, Mike Litterst, the NPS chief of communications for memorial parks said in an email to IANS.

“Our staff spoke with embassy personnel and provided the name of a conservator, who we understand has been able to remove most of the graffiti on the stone and is continuing to work today,” he said.

The statue was erected by the embassy and since it continues to maintain it, the mission made the arrangements for cleaning it, he added.

IANS was unable to reach the Indian embassy.

The statue had been vandalized with graffiti written in orange paint on June 2, according to Litterst.

US Ambassador to India Ken Juster has apologized for the statue’s desecration.

The Gandhi statue that was dedicated in 2000 by Bill Clinton, who was then the US president, and Atal Behari Vajpayee, Indian Prime Minister at that time.

The US Congress passed a bill in 1998 authorizing the erection of the statue on government land.

The 2.6-metre tall statue was designed by sculptor Gautam Pal and depicts Gandhi as he led the 1930 Salt Satyagraha and bears his quote, “My life is my message.”