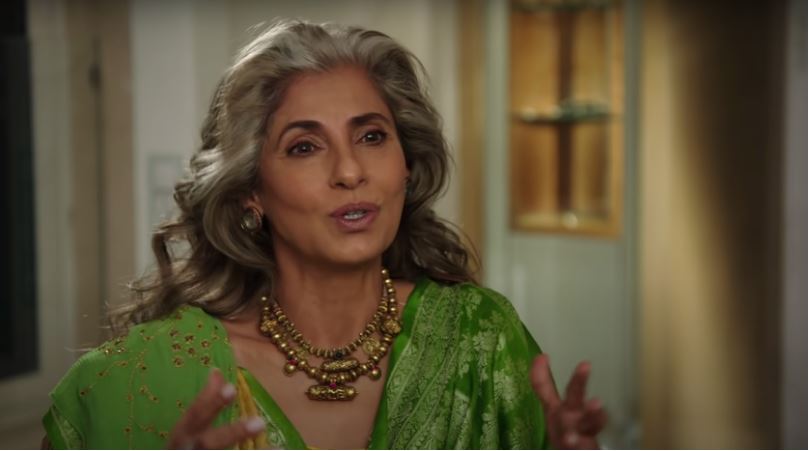 New Delhi, Nov 27 (IANS) Veteran Bollywood actress Dimple Kapadia was initially hesitant to be part of the new Christopher Nolan biggie, Tenet. However, being a part of the big-budget Hollywood film has instilled a new sense of confidence and belief in her and her craft.

“My process of working is fear and nervousness. I don’t know how the process unfolds after that,” Dimple told IANS, adding that she then relies on her “instinct and the director completely”.

“My takeaway (after working in the film) is a hell of a lot. It has completely changed my mental make-up. It has made me more confident, wanting to do better roles, work more and made me more positive. It has made me believe in myself finally — Nolan ke saath kaam kiya hai (have worked with Nolan)! It is a beautiful dream that has come true,” she added.

Dubbed as “an action epic evolving from the world of international espionage”, Nolan’s new film takes one on a thrilling time-bending mission with two secret agents, essayed by Robert Pattinson and John David Washington.

In the film, Dimple is seen as Priya, who is crucial to the narrative. Her character emerges as deadly person, splashed with various shades of grey.

“It was lovely (exploring the shades of grey). It was a very lovely surprise, and the way it was written. It is written so beautifully that half the battle is won right there,” said the actress, who was discovered at age 14 by Raj Kapoor, and entered the industry with “Bobby” in 1973.

Talking about Nolan, the 63-year-old star said: “I was hesitating to do the film because I was not comfortable with myself and my capabilities but after doing a Nolan film, I (realised I) didn’t have to worry because he takes care of everything.”

“I hope people go to the cinema and see the film. It is absolutely brilliant, the action sequences are fantastic. The drama has to be seen on the big screen. You can’t enjoy it on pirated version or small screen,” said the actress.

The Warner Bros. Pictures also stars Elizabeth Debicki, Kenneth Branagh, Michael Caine, Dimple Kapadia, Aaron Taylor-Johnson and Clemence Poesy. It has been shot across seven countries — India, the US, the UK, Denmark, Estonia, Italy, and Norway. The film will be available to the Indian audience in English, Hindi, Tamil and Telugu languages.