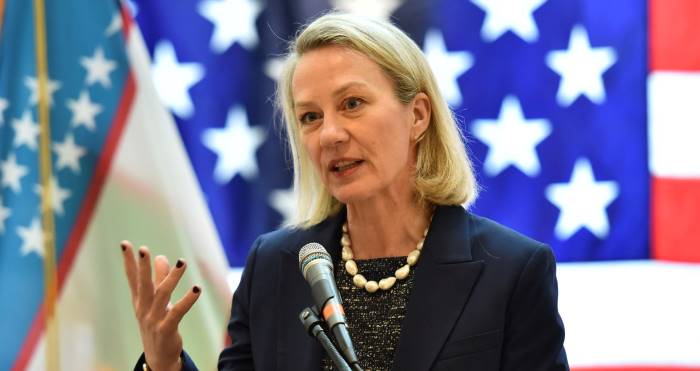 New York, Jan 12 (IANS) The US has called the visit of its Ambassador Ken Juster and diplomats from 15 other countries to Kashmir an “important step”.

Alice Wells, the Acting Assistant Secretary of State for South Asia, tweeted on Saturday that she was “closely following” the visit of the envoys to Kashmir, describing it an “important step”.

Wells, who will be visiting India this week, added: “We remain concerned by detention of political leaders and residents and Internet restrictions. We look forward to a return to normalcy.”

The group of diplomats made a two-day visit to the Union Territory on Thursday and Friday to see the conditions there after Jammu and Kashmir’s special constitutional status was removed last August.

While some US politicians and media have criticised the action by Prime Minister Narendra Modi’s government, the US has officially appeared to support the abrogation of the Constitution’s Article 370 on the special status.

Last October, Wells told the House of Representatives Subcommittee on Asia and the Pacific that the State Department supported the objectives behind it, while not directly mentioning the abrogation.

“The Indian government has argued that its decision on Article 370 was driven by a desire to increase economic development, reduce corruption, and uniformly apply all national laws in Jammu and Kashmir, particularly in regard to women and minorities.

“While we support these objectives, the Department remains concerned about the situation in the Kashmir Valley, where daily life for the nearly eight million residents has been severely impacted since August 5,” she had said.

Washington has banked on India’s democratic institutions – the judiciary and public debates – being able to steer the country.

Bearing this out, the Supreme Court last week ordered the government to review its decision to shutdown the internet in Kashmir, which it declared was a fundamental right, thus taking a step to address Wells’s concern.