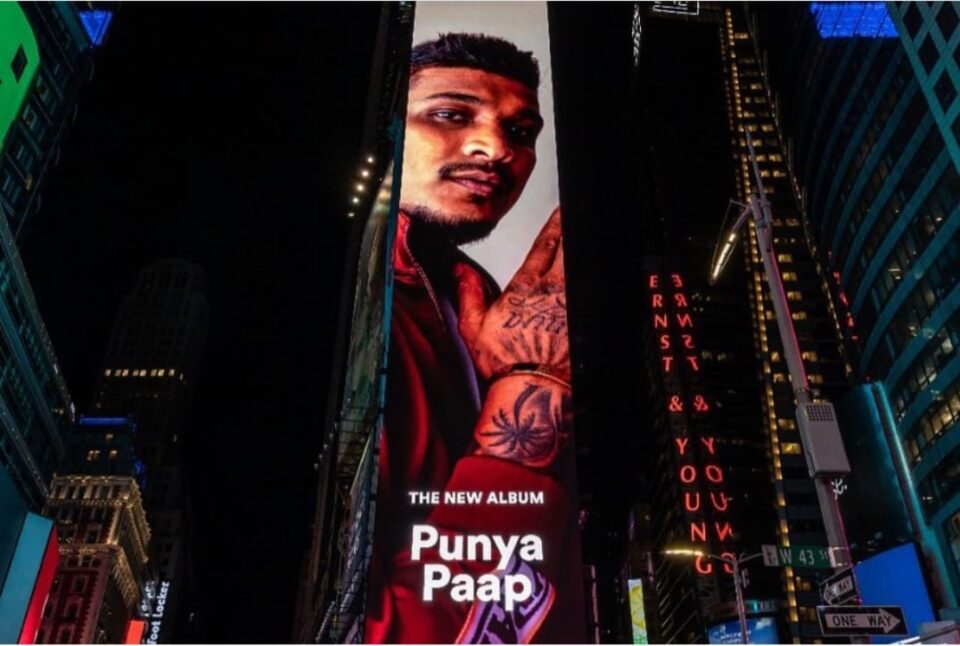 New York, Dec 12 (IANS) Divine has become the first rapper from India to be featured on a Times Square billboard.

Divine unveiled his album “Punya Paap” on December 4, and it has claimed the top spot on Apple Music India (all genres) since its release.

Now, Divine has been featured on the Spotify Times Square Billboard for the album.

“Releasing an album is always an important milestone for any artists. I’m grateful to my fans above all who’ve waited patiently since my previous album ‘Mirchi’ secured a spot on the YouTube Top 100 Global Songs recently, a first for me with regards to a global charting,” said Divine.

“And now that we’ve made it to the iconic Times Square. This is a sign that the story of hip-hop in India is no longer confined to a nascent perspective, but it’s burgeoning and we are headed for exciting times. Life is good and I’m grateful,” he added.