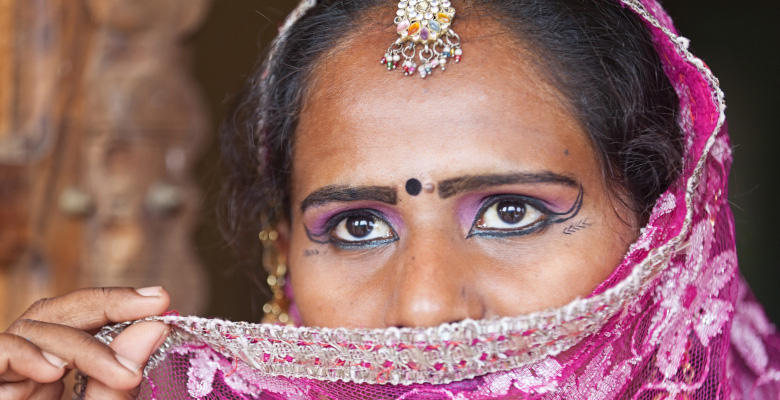 New Delhi, March 8 (IANS) “Main pehle ek mahila hu aur uske baad ek sex worker (I am a woman first and then a sex worker).” Kiran Ramchandra Deshmukh, 40, says with pride, in the hope that the world treats women like her with equality, dignity and respect.

Kiran, a sex worker for over 20 years in Maharashtra, notes how the world of showbiz has portrayed sex workers over the years and isn’t impressed by the stereotyping.

She takes offence at the dialogue “Aurat maa hoti hai, bahen hoti hai, patni hoti hai, dost hoti hai… aur jab woh kuch nahi hoti, toh tawaif hoti hai (woman is a mother, a sister, a wife, a friend. When she is nothing, she is a prostitute) from the 2002 film “Devdas”.

“According to the dialogue, we don’t even deserve to be called women? That’s not fair. I can proudly say that I am a woman,” Kiran told IANS as she delved on the sentiments of several sex workers like her.

Renuka, another sex worker, has urged filmmakers not to show them as “use and throw” objects — as it happened in Salman Khan’s movie “Chori Chori Chupke Chupke” on surrogacy.

Indian filmmakers have time and again delved into the life of women sex workers. “Mughal-e-Azam”, “Mausam”, “Mandi”, “Devdas”, “Chandni Bar”, “Laaga Chunari Mein Daag: Journey of a woman”, “Dev D” and “Begum Jaan” are movies that have delved into their world, but sex wokers and activists say these films do not reflect the real world.

Social activist and lawyer Aarthi Pai says mainstream cinema has done a lot of damage to “the identity of sex workers”.

“There has been some niche cinema which has attempted to show sex workers in a much more positive light, but most of the movies have shown them in dangerous type of stereotyping. Dangerous because it has harmed sex workers over the years.

“This stereotype of sex workers hanging out in verandahs and showing their breasts, chewing betel is one which dominates public imagination. Sex workers are of different types and they have different realities. Unfortunately, great injustice is done to them through the movies.”

Kiran said it is a reality that not everyone is forced into sex work.

“Many women like me are willingly doing it to earn our livelihood. Even we have the right to say ‘No’.”

Filmmaker Madhur Bhandarkar, whose deft handling of a story of a bar dancer won a National Award, says people shouldn’t forget sex workers are humans too.

“They are also humans. They are being discriminated in our society. People are not willing to give them a house… They are a part of our society and we should accept them with open arms.”

“In most of the movies, a lot of glamour is attached to sex workers. They are mostly seen in loud make-up and depicted as women who are always ready for sex. But there is more beyond that.”

Most recently, Tabrez Noorani’s “Love Sonia” took a deep dive into the world of human trafficking. It ended with giving a ray of hope, keeping with the larger aim to galvanise support for organisations that work towards rescuing trafficked women and giving them a new lease of life.

Actress Richa Chadha, who played a brothel owner in the film, told IANS: “Bollywood is as responsible as society is, in stereotyping sex workers… Very few films have depicted the truth about this bleak world.”

“What we see in the films is just a fraction of what these girls go through in life.”