Columbus, Ohio: July 12, 2018: Dr. Naresh Parikh, a cardiologist, entrepreneur, leader, and community activist, assumed charge as President of the American Association of Physicians of Indian Origin (AAPI) during the historic 36th annual convention at the Greater Columbus Convention Hall on Saturday, July 7th night as the convention came to a conclusion with the gala attended by over 1,700 delegates from across the nation.
Along with Dr. Parikh, his executive committee consisting of Dr. Suresh Reddy, President-Elect; Dr. Sudhakar Jonnalagadda, Vice President;  Dr. Anupama Gotimukula, Secretary; Dr. Anjana Samadder, Treasurer; and Dr. Ajeeth Kothari, Chairman of the Board of Trustees, were administered the oath of office as the AAPI delegates cheered loudly wishing them the best in the upcoming year.
As the President of AAPI, “I will dedicate my time, energy and skills to maintain the integrity of AAPI and promote membership database and scrub data. We will work together encouraging and motivating more and more Physicians and Dentists to join AAPI and work towards increase in AAPI membership representing all sections, including, women, young and old, while providing enhanced membership benefits including liability insurance carrier, billing, collection company, cardiac remote monitoring, and credit card transactions through reputed banking services. Our Mission and Motto for the upcoming year is “As your president I plan to invoke this year as the year of progress and balance,” the soft spoken Dr. Parikh declared in bis inaugural address.
Dr. Parikh was gracious in acknowledging the contributions of Dr. Gautam Samadder, his predecessor. “I have enjoyed serving AAPI for all these years and it was a true pleasure this past year working in close association with Dr. Samadder. I have learned much from him and offer that as a Compliment for his achievements for AAPI,’ he said.

Dr. Gautam Samadder, through a visual presentation summarized the many achievements of his year long presidency, including GHS in Kolkatta, Health Clinic inauguration in West Bengal, African safari, contributions to Veterans Obesity and Lukemia Society, India day parade and Leadership seminar, among the many others. He thanked his executive committee members, convention committee and all who have generously devoted their time, talent and resources for the success of the many programs he had initiated under his leadership.
“It’s been a humbling experience to work with an esteemed galaxy of AAPI leaders, leading this great organization, for the past year. With the active support of my executive committee and BOT members, I truly believe, I have been able to fulfill many of the priorities I had forth at the beginning of my presidency during the convention in New Jersey last year,” Dr. Samadder said.
Placing his confidence in the AAPI members who have elected him to lead this 37 years old organization, Dr. Parikh said, “AAPI has made great progress from a fledging association of the 1980s to what you see today, a robust, powerful medical organization in our country.
An organization is only as strong as its members make it and our AAPI membership is an incredible group of dedicated passionate individuals. I would like to congratulate the members of AAPI for their strength and the support they have given in its wings of flight.”
Graduated from Nagpur Medical College in 1972 and a cardiologist by profession, Dr. Naresh Parikh is serving as the CEO of Georgia Clinic, a multi-specialty organization, founded in 1998, serving patients from dozen locations. A practicing Cardiologist in Atlanta, Georgia for 30 years, Dr. Parikh was instrumental in starting IPA in 2016 with 53 participating providers and has been active in DRS ACO. Dr. Parikh is also involved with Cigna Health Spring as a counsel to improve Hedis score and improve MRA scoring for Georgia Physicians.
“I had started working as an ordinary member in 1986 with Georgia Association of physicians of Indian Origin and was elected President of GAPI, and then rose to be the Regional Director of AAPI SE and had served as a member of the BOT of AAPI. And today, I am honored and humbled by AAPI members, entrusting the largest ethnic medical organization, representing the over 100,000 physicians of Indian origin, with the responsibility of leading it to newer heights,” Dr. Parikh recalled.
Dr. Parikh been very active and leading several local and national level programs for AAPI in the past several years. He has been a Patron Member of the AAPI Charitable Foundation since 2006. His organizing skills were highly appreciated when he served as the Chair and Convener for AAPI annual convention in 2006. Dr. Parikh was the Chairman of the Organizing Committee of Shankar Mahadevan and Sunidhi Chauhan concerts and was instrumental in successfully raising money for AAPI.
Not satisfied with growing professionally and contributing and leading AAPI, Dr. Parikh has been generous with his time, talents and resources towards charitable causes for long. Dr. Parikh has been devoting time energy towards several noble causes across the US and in Indihar. Parikh started Atlanta’s first Charitable Medical Clinic in 1996 and was the Medical Director for over 10 years. He has led and organized several healthcare fairs and contributed in fund raising events for AAPI in their mega shows by Shankar Mahadevan, Shreya Ghoshal and Hema Malini.
“It’s been an honor and privilege for me to be associated with AAPI because I recognize the tremendous potential and the lead role that is being played by AAPI in promoting friendship between India and the United States. As members of AAPI, we have not forgotten our roots and are engaged in several activities such as conducting Indo-US Healthcare Summit that has shown us a new trail in healthcare sector in India and will continue to pave way for new frontiers in public private partnership.” As the president of AAPI, which has been playing a major role in supporting noble causes around the world, Dr. Parikh’s goal “is to be actively engaged in the SEWAK project in India.”
In 2014, as the Treasurer of AAPI, Dr. Parikh had the honor of meeting with Hon. Prime Minister of India, Narendra Modi to launch the Swasth India Portal. In the same year, he had sponsored the screening of the popular movie in Atlanta – “The Ship to Theseus” and helped to raise awareness about the need for organ donation. In 2015 Dr. Parikh sponsored the community reception of Vikas Swarap – writer of Slum Dog Millionaire, a winner of 8 Academy awards. Since 2017 onwards, he is serving as the President of Georgia Gujarati Doctors and Dental Association.
Dr. Parikh has been in the forefront in helping AAPI sign MOUs with Rajkot, Gujarat, India Thalassemia Major Koticha Foundation; and with Rajkot, Gujarat, India Kidney Research Foundation; and with AAPNA, BMANA – Formation of “SAPNA”. 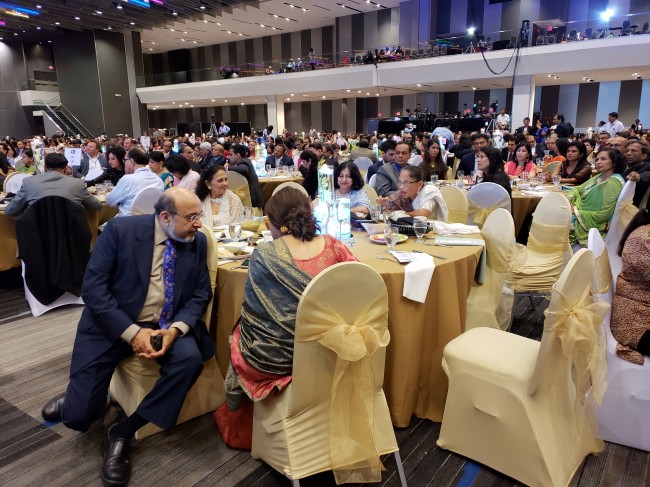