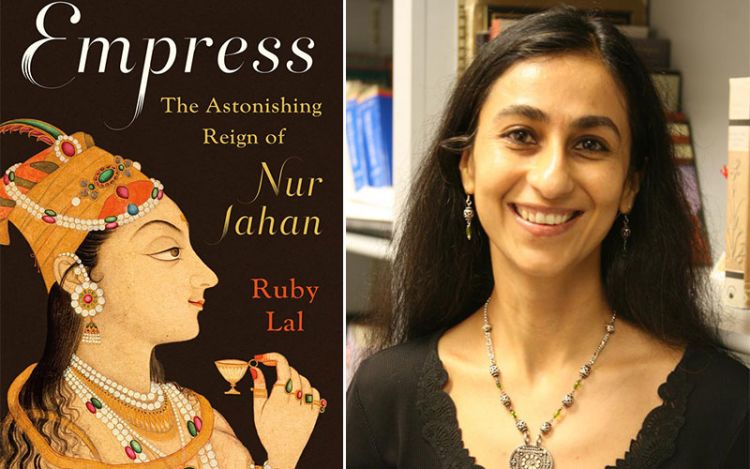 Atlanta, GA, June 23, 2019: Two Emory University professors have won 2019 Georgia Author of the Year Awards for their accounts of historical characters both real and imagined.

Ruby Lal, a professor of South Asian studies in Emory College, won in the biography category for “Empress: The Astonishing Reign of Nur Jahan,” her panoramic story of the wife of Mughal emperor Jahangir, who was regarded by historians as the “real power behind the throne” in 14th century India. The book, Lal’s third, had previously been named a finalist for the Los Angeles Times Book Prize.

Joseph Crespino, Jimmy Carter Professor of History in Emory College of Arts and Sciences, won in the history category for “Atticus Finch: The Biography,” which draws on exclusive sources to reveal how Harper Lee’s father provided the central inspiration for her most well-known character.

The Georgia Writers Association, the nonprofit that administers the awards, announced the wins during the 55th annual award ceremony on June 15.

Lal has also taught at the Johns Hopkins University, Baltimore, in History and Anthropology, and served as Associate Director of the Program for the Study of Women, Gender and Sexuality. Her fields of study include feminist history and theory, and the question of archive as it relates to writing about Islamic societies in the precolonial and colonial world. Her first book, Domesticity and Power in the Early Mughal World(Cambridge University Press, New York, 2005) won much acclaim, including numerous reviews in major international journals and magazines, such as The New York Review of Books, The Economic and Political Weekly, Revue Historique, and The Times Literary Supplement. Her second book, Coming of Age in Nineteenth Century India: The Girl-Child and the Art of Playfulness (Cambridge University Press, New York, 2013) was reviewed extensively in academic journals and magazines with wider intellectual concerns.

Empress: The Astonishing Reign of Nur Jahan is among the top ten pick of the Time Magazine, The Telegraph and the Prospect Magazine London. The book has been lauded by The New Yorker, The Guardian, The New York Times, the BBC, The Indian Express, and numerous other national and international journals, magazines and newspapers.