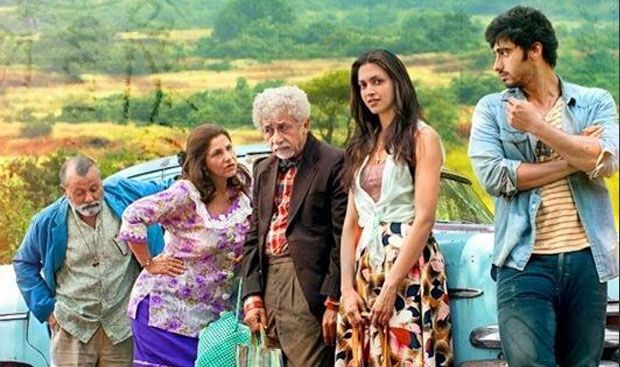 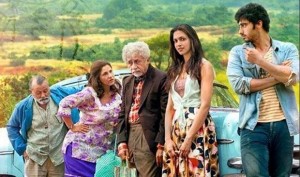 New Delhi, Aug 15 (IANS) Director Homi Adajania is set to bring to the table “Finding Fanny”, an English language film with a cast of desi actors. The experiment is not new, but it stands a testimony to how the multiplex culture is allowing filmmakers to try new ways of attracting youth, say distributors.

Indian movie distributors are confident that the film’s release Sep 12 will open the doors for more filmmakers to come out with new themes and fresh concepts for a “target audience”.

“The first look of ‘Finding Fanny’ is quite promising, and the script is looking really strong with dialogues in English. According to me, this movie will influence a large number of people,” Delhi-based Sanjay Ghai of Mukta Arts, told IANS.

Of course, the Indian film world had seen movies like Aparna Sen’s “36 Chowringhee Lane” and Dev Benegal’s “English, August”; it was in the 1990s and 2000s that a string of English or Hinglish – a mix of Hindi and English language – films by Indian filmmakers came to the fore.

Filmmakers tried their luck, but many couldn’t get the desired appreciation.

In 2011, came “Delhi Belly”. Starring Imran Khan, Virr Das and Kunaal Roy Kapur, the entertainer regaled a niche audience but it came as proof that the market is indeed open to fresh concepts, tongue-in-cheek adult humour and mature content.

Although Indian filmmakers today are trying to do films different from the run-of-the-mill formulas that have been done to death in the past, they face hurdles in getting expected results.

“Although English movies have definitely brought various unconventional concepts in Bollywood, there are some factors due to which these movies are liked by a limited audience only,” Dey told IANS over phone from Kolkata.

“The main reason is that English movies focus more on the subject with an unorthodox script without Hindi songs and dance numbers, which are the lifeline of Bollywood,” he added.

Rightly so. “Finding Fanny” has only one promotional song which is in Hindi, and if Arjun, who plays an integral part of the movie, is to be believed, the film’s team was well aware that the movie will have a limited reach.

Actress Nimrat Kaur, who was noticed globally for her part in “The Lunchbox”, which set a standard for Indian films in experimental genres, said in the end, “Content matters over concept”.

“A film like ‘Finding Fanny’ is very interesting. It would be exciting to watch mainstream actors like Deepika and Arjun in unique roles. And one has to understand that just a different concept is not enough; the content and audience connect should be good,” Nimrat, who is currently in Cape Town, shooting for American show “Homeland”, told IANS.

In the coming few years, times will be more ripe for English language movies in Bollywood, conjectures Rajesh Thadani of Multimedia Combines.

But, all said and done, one has to agree that English language movies by desi filmmakers cannot minimise the effect of Hindi movies.

Modi not to address US Congress