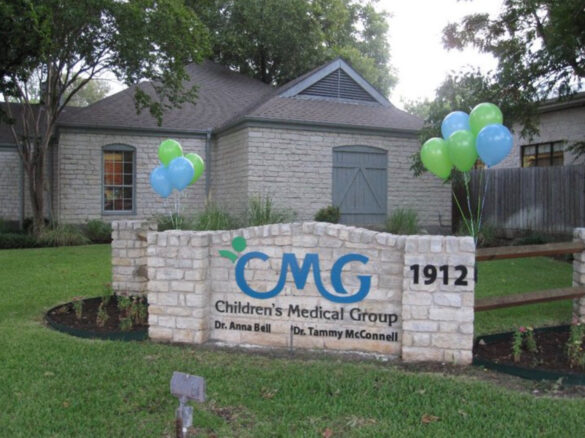 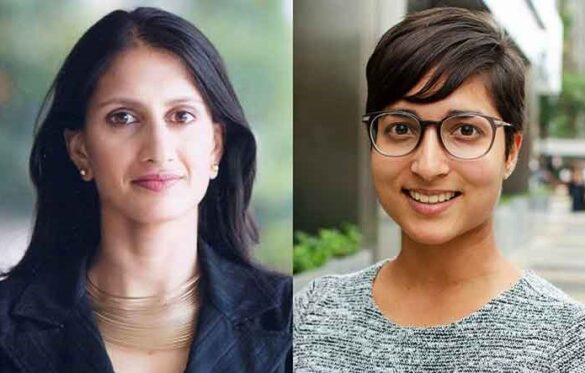 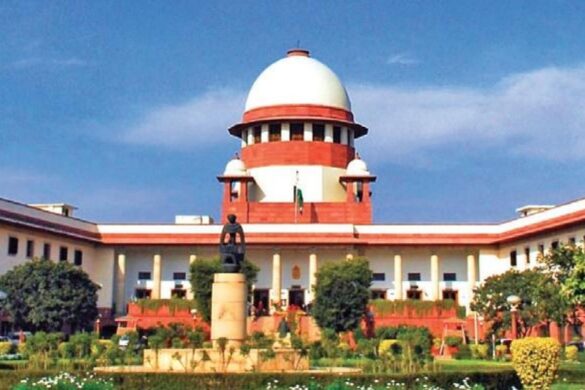 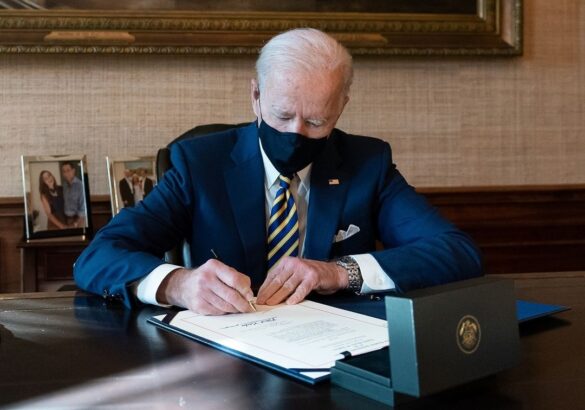 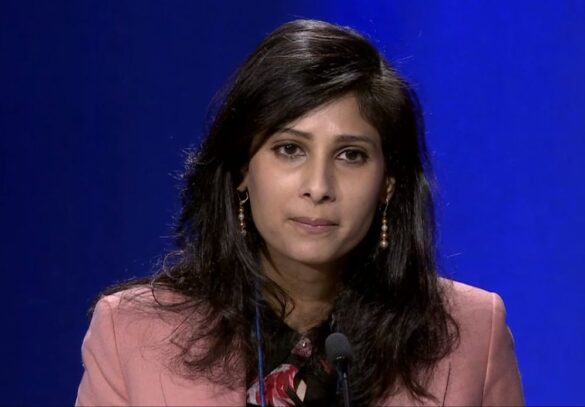 Atlanta, GA:  The Consulate General of India, Atlanta and Guru Nanak Mission Society of Atlanta organized a historic  photo exhibition of Sikh Heritage sponsored by Indian Council for Cultural Relations (ICCR), New Delhi at Gurdwara Sahib Atlanta, Norcross, GA.This was a first-ever in the US and Atlanta is the first City to host it. The Sikhs ought to be proud to host this in local Gurudwara around Vaisakhi festival.

The exhibition which was graced by the Chief Guest, CGI in Atlanta, Hon.Ajit Kumar, Deputy Consul Hon.Rajinder Singh, Presidents/Chairman of various Indian-American Organizations, distinguished guests and members of Guru Nanak Mission Society of Atlanta, was inaugurated on Saturday, April 6, 2013 by Ambassador Ajit Kumar, Consul General of India in Atlanta.

Guru Nanak Mission Society of Atlanta’s Surinder Singh Lalli extended a warm welcome to all and gave a brief background to the Sikh religion. He said that the Sikh religion today is ranked as the world’s 5th largest religion. Sikhism preaches a message of Devotion and remembrance of God at all times, truthful living, equality of mankind and denounces superstitions and blind rituals.

Sikhism is an all-inclusive religion affirmed through the teachings of its 10 Gurus enshrined in the Sikh Holy Book and Living Guru, Sri Guru Granth Sahib ji.Guru Nanak Dev, the first of the ten Gurus of Sikhs, and a spiritual philosopher, founded the Sikh faith about 500 years ago.  Sikh means a disciple.

Guru Nanak Sahib Ji summarised the basis of Sikh lifestyle as: Wand kay Chako, which means work diligently and honestly, meditate on the holy name (Waheguru), and share the fruits of labours with others.

The Fifth Guru – Guru Arjan Dev ji completed the man-made lake of Amritsar (Lake of nectar) and the Golden Temple on its island.  Golden temple is the holiest shrine for the Sikhs, like Mecca for Muslims and Haridwar for Hindus.

He also compiled Guru Granth Sahib (the scriptures for the Sikhs), our holy book.  It has the writings from the four predecessors of Guru Arjan Dev ji (fifth Guru) and his own.  In addition it has hymns written by Jaidev, Namdev, and Kabir and total 15 bhagats, 11 bhatts four Guru Sikhs and Six Guru sahibans total of 36. The intent was to give representation to all prevailing religions in India at that time, when some of them were not allowed inside the temples.  This is to emphasize the equality among humans even if they were from different walks of life.

The 10th Guru, Guru Gobind Singh was a scholar and a great soldier.  He set the Sikh community apart from other groups once for all.”

Surinder Singh commended Hon. Ajit Kumar, for being instrumental in bringing the priceless Exhibition of Sikh heritage to Atlanta. He gave a brief introduction of the Consul and invited him to deliver his remarks.

In his illuminating, insightful speech, Ajit Kumar noted, “At the outset, I must thank you for gracing this photo exhibition of Sikh Heritage in India.  I must also thank the Indian Council of Cultural Relations (ICCR), New Delhi, who has sponsored the Exhibition and the Guru Nanak Mission Society of Atlanta for organizing this Exhibition.ICCR promotes India’s Cultural Diplomacy & cultural exchanges between nations for mutual understanding between India and other countries. This photo exhibition by Sondeep Sarkar entitled, “The Sikhs – A Heritage of Valour and Devotion” is indeed a pioneering work.  It provides a glimpse of rich Sikh heritage and traditions.  He has been involved with this project for the past two decades.  This painstaking work and commendable photography by Sondeep will be a fine contribution and presentation by ICCR of the valuable Sikh Heritage to the devotees and admirers alike.

Sikhism established in the 15th century is just over 500 years old religion.  Its teachings are founded in philosophy of humanism, pluralism, universal brotherhood etc.  It was deeply influenced by Bhakti movement and synthesized liberal traditions of all religions prevalent in India at that time.

Guru Nanak Devji was the first Sikh Guru, born in 1469.  He was followed by ten Gurus whose descendants and close followers are spread in large numbers all over Punjab in India and abroad.

The Gurus gifted their personal belongings, arms and handwritten manuscripts to the Gurudwaras spread all across the country.  Their hukumnamas (dictates) written in their handwriting and often signed, are preserved at some of the Gurudwaras and Takhats’ (Seats of authority) collection. The Sikh warrior Maharaja Ranjit Singh established the powerful Sikh rule in Punjab which has created the rich folklore of Punjab.The Sikh material heritage includes a range of objects, from simple artifacts produced in homage to the gurus to fine pieces created at the royal courts of Punjab. Since the time of the gurus, Sikhs have produced or patronized objects of all types, some of extremely high quality and others intended simply for daily use. Extant collections of Sikh heritage material include lavishly illustrated manuscripts produced at eighteenth- and nineteenth-century royal courts, gilded arms and armour, paintings and fine jewelry. Some examples of the handwriting of the Sikh gurus themselves are also in existence. Other less artistically accomplished, but no less important, objects, such as religious and historical manuscripts and objects for everyday use, also exist. Some of the objects forming part of this photo exhibition are images of rare manuscripts, illustrated folios, hukumnamas, a beautiful personal dagger of Guru Gobind Singh, Guru Gobind Singh’s breast plate with a gold inscription, the historic khanda used at the time of the formation of the Khalsa, a bed-sheet of the tenth guru, chola of Guru Nanak, rare shots of the collection of artifacts in the Toshakhana of the Golden Temple, personal belongings of Guru Hargobind, rare Panchkala Shastra of the tenth guru, the chakki (grindstone) that was used to grind flour for the tenth guru, a shield from the armies of Maharaja Ranjit Singh and many more photographs of little-seen relics. I hope you will enjoy this photo exhibition.

Ajit Kumar who was in a jovial and relaxed mood and the guests went around the photo exhibits expressing their appreciation and admiration.

The Gurudwara Committee and the dedicated Sewadars of Gurdwara Sahib have done a great job in elegant display of the photo-exhibits with clear inscriptions for the viewer. It is said that a picture is worth a thousand words. Here is a golden opportunity for young and old alike to get enlightened about the Sikh religion, its exemplary and iconic Gurus and Sikhs in general.

Definitely a ‘NOT TO BE MISSED’ slice of the rich Sikh history, religion, culture and traditions on an elegant display here.