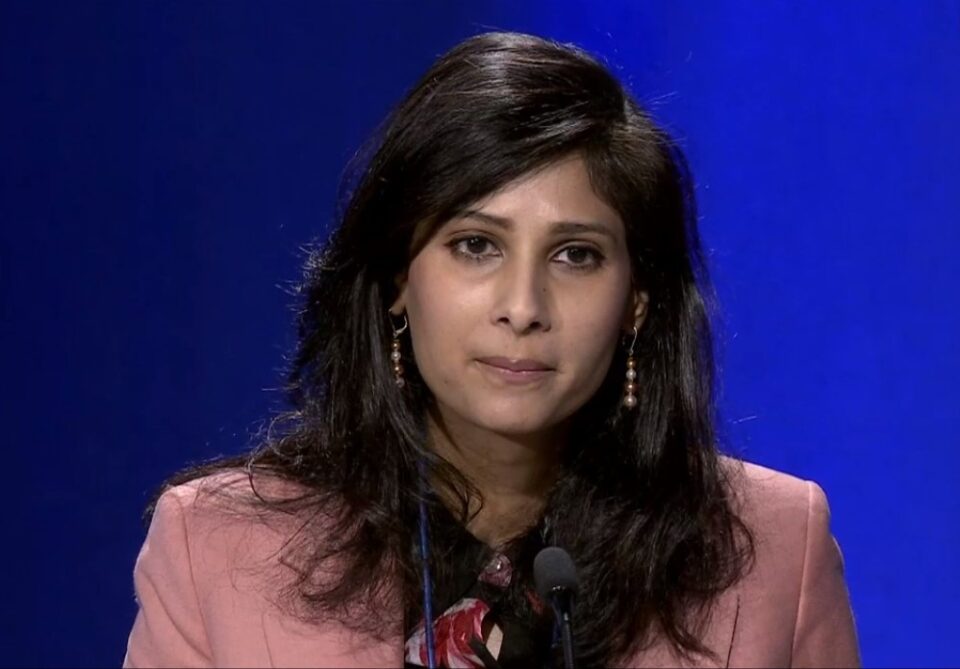 New York, Jan 26 (IANS) India is coming back much faster than expected from the Covid-19 restrictions leading to a hike in projections for its economic growth rate to 11.5 per cent for the next fiscal year, Gita Gopinath, the International Monetary Fund’s research head said on Tuesday.

That rate of the growth in the gross domestic product (GDP) would make India the fastest-growing major economy in 2021-22.

Gopinath said the upgrade in India’s GDP growth forecast is “because activity and mobility particularly came back much faster than expected in India. We have not seen another wave. In fact, we’ve seen a very strong decline in cases, which is again a bit different from other parts of the world”.

Speaking at a news conference for the release of the World Economic Outlook (WEO) Update in Washington, Gopinath cautioned that “there is still some distance to go” for India although indicators “point to somewhat faster-paced recovery”.

The WEO Update increased the growth forecast for India by 2.7 per cent for the next fiscal year from its earlier projection in October last year “reflecting carryover from a stronger-than-expected recovery in 2020 after lockdowns were eased”.

Gopinath said that the cumulative record of the last two years have to be taken into account.

“India is estimated to have had a contraction of around negative 8 per cent for this 20-21 fiscal year. And then we do have … bounce back growth to around 11 per cent, but again, cumulatively, by the end of 2022, India is still 9 per cent below its pre-pandemic projected level,” she added.

Globally, the report was buoyed by the deployment of vaccines to fight the Covid-19 pandemic.

The report said that the world economy declined by 3.5 per cent during the 2020 calendar year and would grow by 5.5 per cent this year and 4.2 per cent next year.

“Multiple vaccine approvals and the launch of vaccination in some countries in December have raised hopes of an eventual end to the pandemic,” it said.

“Economic data released after the October 2020 WEO forecast suggest stronger-than-projected momentum on average across regions in the second half of 2020.”

China’s economy grew last calendar year by 2.3 per cent and is forecast to grow by 8.1 per cent this year and 5.6 per cent next year, the IMF said.

The IMF estimate for India for the current fiscal year and the forecast for the next fiscal year are better than the numbers from the World Bank and the United Nations earlier this month.

The Bank forecast India’s economy to fall by 9.6 per cent during the current financial year but recover by 5.4 per cent next financial year if there is wide vaccination against the disease and it is contained.