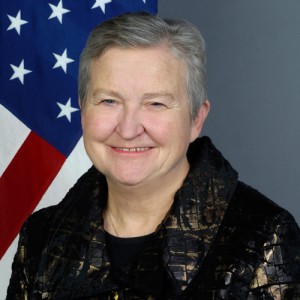 Washington, April 2 (IANS) The US kept plugging its Ambassador to India Nancy Powell’s abrupt resignation as “retirement” and “much needed rest” even as it found no buyers for the story that it was unrelated to recent tensions between the two countries.

The deputy chief of mission in New Delhi “will be serving as the chief of mission when Ambassador Powell leaves India” she said giving no indication of when Powell’s successor would be named.

While “having ambassadors in place is incredibly important,” “the relationship is bigger than just one person” she said when asked about absence of ambassadors in several countries including Russia, Egypt and now India.

“So at the embassies we have built into place layers of relationship with the host country so that the relationship can continue if there’s a lag in time between having ambassadors there,” she said.

A section of the Indian media has speculated that Powell may be replaced by USAID administrator Rajiv Shah, the highest ranking Indian American in the Obama administration, as the US tries to clean the slate with India. But analysts said President Barack Obama is unlikely to win Senate approval of a political appointee in a hurry in a deeply divided Washington even as there is bipartisan support for strong India-US relations.

In fact Harf Tuesday alluded to the difficulties of getting the administration’s nominees confirmed.

“Certainly our preference is to have ambassadors in place wherever we can” she said. But “we understand the realities of the fact that sometimes it takes a while for people to get confirmed.”

The New York Times said in a story from the Indian capital that Powell’s resignation “was greeted by many in New Delhi’s diplomatic community Tuesday with a sense of hope that some of the grinding disputes between the United States and India might soon be settled.”

The Washington Post also noted Powell had resigned “after only two years on the job, sparking some speculation overseas that the administration may have been looking to replace her.”

Noting that “Powell only arrived in India in April 2012, and these diplomatic posts typically last three years,” the Post said “The buzz in New Delhi is that Powell’s departure may be related to ongoing tensions over the uproar in India after the arrest of Devyani Khobragade.”