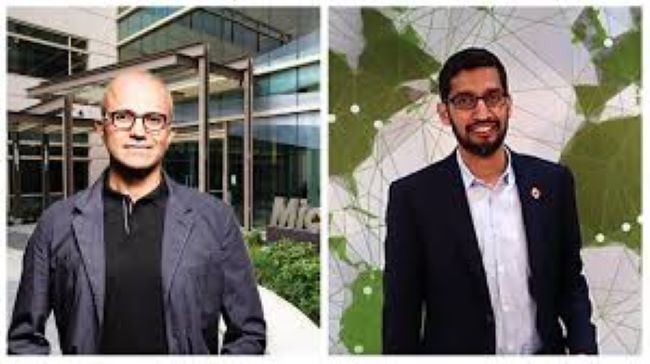 San Francisco, June 1 (IANS) As protests against the death of African-American George Floyd gain momentum in the US, top tech CEOs have come out in expressing solidarity with people of color, especially the African-American community.

In a note to Microsoft employees, CEO Satya Nadella said that every-day racism, bias and hatred in the news today is not new and we must have empathy for those who are scared and uncertain.

“I know it’s not enough to just have empathy for those impacted, for the communities who are experiencing this hate, firsthand, who are scared for their safety, and for their loved ones,” Nadella said .

At this moment, “people can start by checking in with each other, ask colleagues how they’re doing and what they need, have empathy for what others are feeling”.

Demonstrations and riots have spread to cities across the US after a video went viral of Floyd being suffocated to death by a white police officer in Minneapolis on May 25.

“Have empathy for those who are scared and uncertain, and join me and everyone on the senior leadership team, in advocating for change in our company, in our communities, and in society at large,” said Nadella.

Apple CEO Tim Cook stressed that right now, there is a pain deeply etched in the soul of the nation and in the hearts of millions.

“To stand together, we must stand up for one another, and recognize the fear, hurt, and outrage rightly provoked by the senseless killing of George Floyd and a much longer history of racism,” Cook said in a memo to employees.

“That painful past is still present today e not only in the form of violence, but in the everyday experience of deeply rooted discrimination,” he added.

Cook said that there has been progress since the America he grew up in, “but it is similarly true that communities of colour continue to endure discrimination and trauma”.

“At Apple, our mission has and always will be to create technology that empowers people to change the world for the better.

“For all of our colleagues hurting right now, please know that you are not alone, and that we have resources to support you,” Cook noted.

Alphabet and Google CEO Sundar Pichai tweeted: “Today on US Google & YouTube homepages we share our support for racial equality in solidarity with the Black community and in memory of George Floyd, Breonna Taylor, Ahmaud Arbery & others who don’t have a voice.

“For those feeling grief, anger, sadness & fear, you are not alone,” Pichai added.

Google and YouTube have put a black ribbon on its home page in the US, showing solidarity for protests against the death of Floyd, an unarmed black man, in police custody.