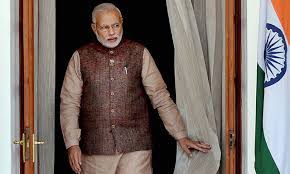 A year ago, the Prime Minister had admonished the gau rakshaks (cow vigilantes) in no uncertain terms. He did so again last Thursday, but even as he was speaking a mob was killing a man suspected of carrying beef in Jharkhand, which is ruled by the Bharatiya Janata Party (BJP).

It will obviously take much more than an occasional condemnation to bring under control the murderous fanatics of the Hindu Right. The reason is the ingrained animosity of these groups towards Muslims who are mostly associated with eating beef. Since this bias has been instilled in them over decades by the Sangh Parivar led by the Rashtriya Swayamsevak Sangh (RSS), it will be futile to expect an overnight change of heart.

Nevertheless, Narendra Modi should be complimented for taking up cudgels against them. No one else either inside or outside the BJP could have done so. It is not impossible that his castigation of the gau rakshaks will turn a not inconsiderable section of the Parivar against him, thereby damaging the BJP’s electoral prospects.

But Modi doesn’t seem to have any hesitation in following a path different from the one favored by the hardliners in the saffron brotherhood. While the latter wants the establishment of a Hindu ‘rashtra’ (nation) now that 1,200 years of “slavery” under the Muslims and the British have come to an end, Modi wants to take India forward as a modern country with a vibrant economy.

But this objective cannot be achieved if the country remains in the grip of lawless groups bent on lynching those who do not share their reverence for the cow.

Considering that Modi has succeeded in checking some of the excesses of the Hindu fundamentalists like arranging for ‘ghar wapsi’ – or the return of Muslims to their “original” faith of Hinduism – or opposing inter-faith marriages via their ‘love jihad’ propaganda, it is possible that he will be able to rein in the gau rakshaks as well.

But, unlike the two other “programs” of the fanatics, controlling the cow vigilantes will be much more difficult because their rampages relate to the cow, a longstanding emblem of Hinduism.

An effort to restrain them, therefore, will be a real test for Modi, much more than the rolling out of the Goods and Services Tax or inviting foreign investment or popularising genetically modified food.

If he fails, there is little doubt that the halo surrounding his persona will be vastly diminished not only among the “not in my name” hashtag brigade of the urban middle class but also among the less privileged communities.

These include the Dalits, who have been alienated by the suicide of a bright young scholar in Hyderabad, the lynching of a group skinning a cow in Gujarat, and the clashes with high-caste Thakurs in Saharanpur, U.P.

On the other hand, if the Prime Minister succeeds — if only because the police will now be far more active in apprehending the Hindu zealots — Modi’s image will receive a tremendous boost. But even as he gains among the people at large, the impact of restraining the gau rakshaks — one of whom was compared with Bhagat Singh by a saffron sadhvi in Rajasthan — on the Parivar diehards remains unclear.

Although the RSS has warned the Hindutva activists against taking the law into their own hands, the reactions of the more belligerent Vishwa Hindu Parishad (VHP), the Bajrang Dal and other groups like the Ram Sene, the Hindu Sena and the Hindu Mahasabha cannot but be less restrained.

For them, any administrative action against the gau rakshaks will be a betrayal of the Hindutva cause, which will bring the BJP in line with the “sickular”, anti-Hindu, anti-national Congress and the left-liberals.

It is too early to say whether the saffron camp will split, but it goes without saying that for outfits like the VHP, it will be virtually meaningless to remain a part of the Parivar when their cherished hopes are receding further into the distance.

In India, another regimented group, the communists, splintered into many factions because they could not establish their beloved dictatorship of the proletariat via an armed revolution. Does a similar fate await the votaries of Hindu rashtra?

The country will however see a major transformation of the political scene if no more lynchings or murders take place in the name of the cow. The BJP can then look forward to any easy victory in 2019.

On the other hand, more venomous targeting of Muslims will be ruinous for Modi’s reputation as a strong leader and energise his opponents as never before. Either way, the holy cow will be playing a seminal role in the country’s social and political scene to the amazement of the rest of the world.