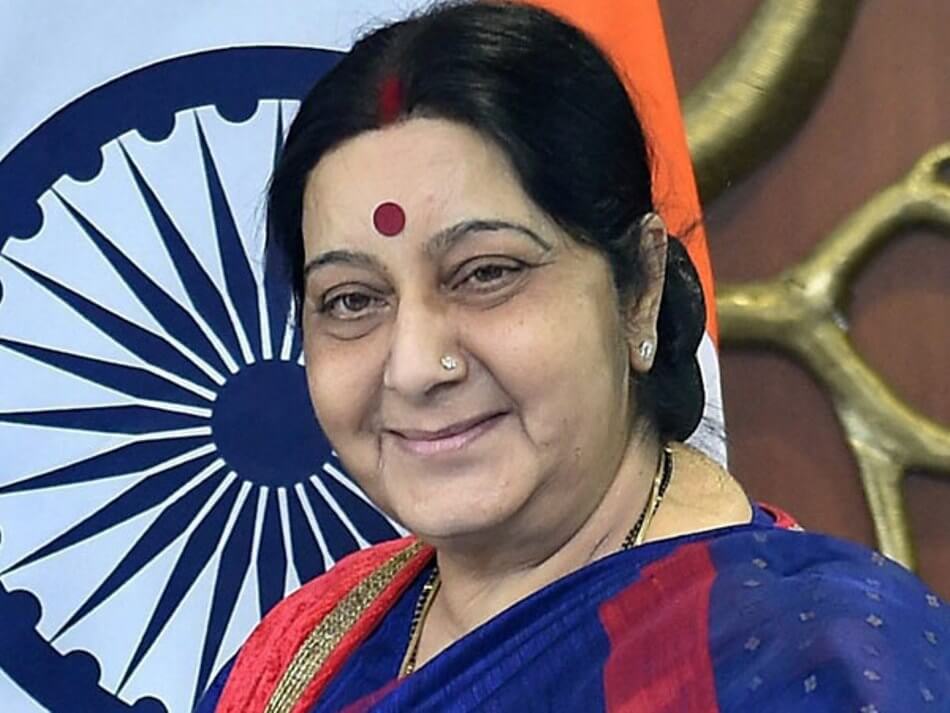 The veteran BJP leader was brought to AIIMS in a critical condition but soon passed away, the sources said.

Union Ministers Rajnath Singh, Nitin Gadkari, Prakash Javadekar and BJP Working President J.P. Nadda arrived at the hospital as they got the news.

Prime Minister Narendra Modi condoled the death of Sushma Swaraj, who was External Affairs Minister in his first government, lauding her services in helping Indians abroad.

“An excellent administrator, Sushma Ji set high standards in every Ministry she handled. She played a key role in bettering India’s ties with various nations. As a Minister we also saw her compassionate side, helping fellow Indians who were in distress in any part of the world.

Sushma Ji’s demise is a personal loss. She will be remembered fondly for everything that she’s done for India. My thoughts are with her family, supporters and admirers in this very unfortunate hour. Om Shanti.

“A glorious chapter in Indian politics comes to an end. India grieves the demise of a remarkable leader who devoted her life to public service and bettering lives of the poor. Sushma Swaraj Ji was one of her kind, who was a source of inspiration for crores of people,” he said in a series of tweets.

The veteran BJP leader was brought to AIIMS in a critical condition but soon passed away, the sources said.

Union Ministers and top BJP leaders soon started arriving at the hospital as the news spread.

Gilead to help speed up Remdesivir availability in India

Nikki Haley shares advice for immigrants to advance in the US