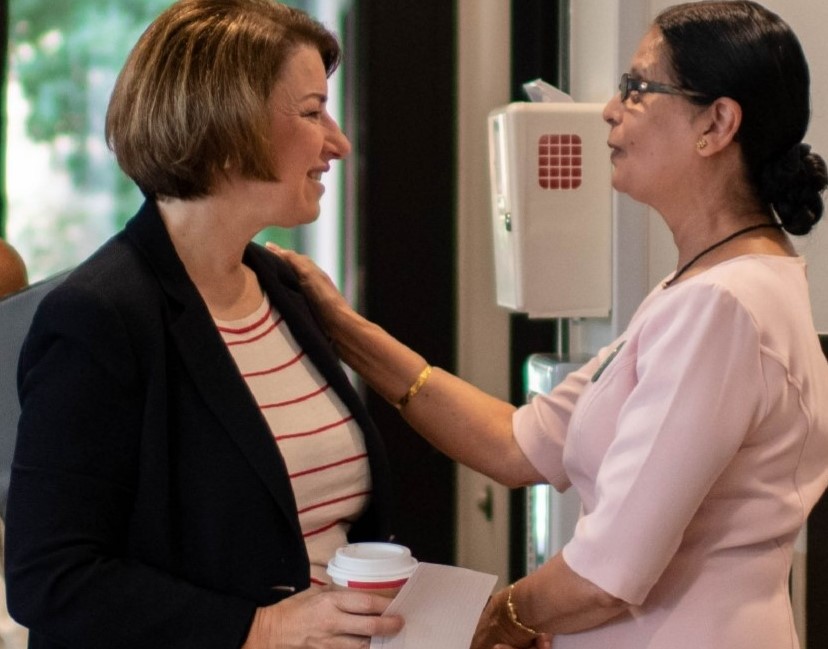 “I was looking for a candidate who is strong, will get things done, and can bring the country together,” Dandekar told NRI Pulse by phone. “Sen. Klobuchar is strong, intelligent, and has the kind of empathy we need at this moment.”

Since getting into the race for the 2020 Democratic presidential nomination, Sen. Klobuchar has made 12 trips to Iowa where she talked about her “heartland economics”, an expression she’s been using since her campaign launch.

“There is a growing urban/rural divide. Urban people are feeling left out. Sen. Klobuchar will bridge the divide and bring the country together,” she added.

Dandekar was the first India-born American woman to hold a state legislative position. Back in 2015, President Obama had nominated her to be United States director of the Asian Development Bank, with the rank of ambassador.

Dandekar is a former Iowa state legislator and member of the Iowa Utilities Board.