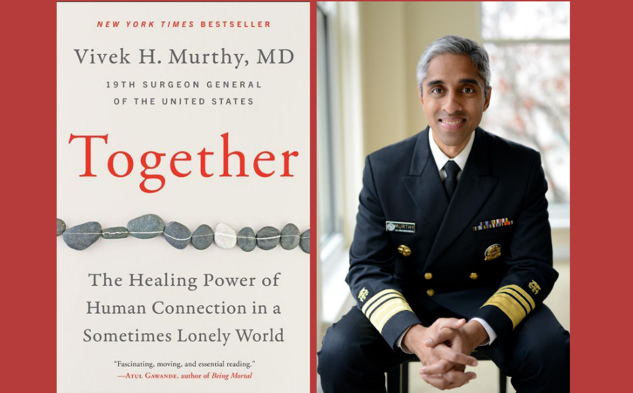 New Delhi, Aug 15 (IANS) At a time of social distancing forced by the coronavirus pandemic, it is becoming increasingly difficult to cope with loneliness. But then, loneliness was not an unknown phenomenon in the pre-Covid world even though the vast majority of the populace might refuse to accept this given the enormous opportunities – now on temporary hold – to let off steam.

Loneliness was quite an eye-opener for Vivek H. Murthy, a physician, researcher, public health expert, and entrepreneur of Indian origin, who from 2014 to 2017 served as the 19th Surgeon General of the United States in the rank of a Vice Admiral in the Public Health Service Commissioned Corps during the Barack Obama administration.

He expected that his focus as the “nation’s doctor” would encompass issues like obesity, tobacco-related diseases, mental health, and vaccine-preventable illness but, as he learned during an extensive tour of the US, “one recurring topic was different”.

It wasn’t a frontline complaint nor was it even identified directly as a health ailment.

“Loneliness ran like a dark thread through many of the more obvious issues that people brought to my attention, like addiction, violence, anxiety, and depression. The teachers and school administrators and many parents I encountered, for example, voiced a growing concern that our children were becoming isolated – even, or perhaps especially, those who spent much of their time in front of their digital devices and on social media. Loneliness also was magnifying the pain for families whose loved ones were struggling with addiction to opioids,” Murthy writes in “Together – Loneliness and What Happens When We Find Connection” (Profile Books/Hatchette).

In some cases, Murthy writes, loneliness was driving health problems. In others, it was a consequence of the illness and hardships that people were experiencing. It wasn’t always easy to tease out cause and effect, but clearly there was something about our disconnection from one another that was making people’s lives worse than they had to be.

As much as he learned about how prevalent loneliness is, he also learned a great deal about the healing power of human connection.

“In these instances and so many others, I could see the vital role that social connections can play when individuals, families, and communities face difficult problems. While loneliness engenders despair and ever more isolation, togetherness raises optimism and creativity. When people feel they belong to one another, their lives are stronger, richer, and more joyful.

“And yet, the values that dominate modern culture instead elevate the narrative of the rugged individualist and the pursuit of self-determination. They tell us that we alone shape our destiny. Could these values be contributing to the undertow of loneliness I was witnessing,” Murthy asks.

In spite of his personal bouts of loneliness, however, he’d never considered this issue as a potential public health priority and it certainly wasn’t on the agenda he’d shared with the US Senate during his confirmation hearings.

“But suddenly, it loomed very large indeed. The question was how to address it. Many of the people I was meeting assumed I had billions of dollars in discretionary spending and a staff of tens of thousands. I often had to tell them this was off by a few orders of magnitude. Despite this, my new position gave me a bully pulpit from which to raise public awareness about loneliness, to convene conversations with key stakeholders, and to make the case for shifts in everything from research and policy to infrastructure and individual lifestyles.

“The more I studied the seesaw relationship between loneliness and togetherness, the more convinced I became of the great power of human connection. So many of the problems we face as a society – from addiction and violence to disengagement among workers and students to political polarization – are worsened by loneliness and disconnection. Building a more connected world holds the key to solving these and many more of the personal and societal problems confronting us today,” Murthy explains.

Noting that social connectedness matters to a doctor who wants to help patients get better but doesn’t know how to heal their loneliness – or the doctor’s own, Murthy writes: “My own desire to heed this call continued beyond my tenure as surgeon general. So did the persistent questions around loneliness that arose from the people and experts I’d met.”

What exactly has led to the fraying of relationships in communities and such high levels of loneliness? What other aspects of health and society are affected? How can we overcome the stigma of loneliness and accept that all of us are vulnerable? How can we create stronger, more enduring and compassionate connections in our own lives and communities, and a more unifying sense of common ground in our larger society? How do we shift the balance of our lives from being driven by fear to being fuelled by love, he asks and deals with these aspects in two sections in the book.

The first, Making Sense of Loneliness, discusses issues like Under Our Noses, The Evolution of Loneliness, Cultures of Connection, Why Now and Unmasking Loneliness. The second addresses Building a More Connected Life through chapters dealing with Relating Inside Out, Circles of Connection and A Family of Families.

“The great challenge facing us today is how to build a people-centred life and a people-centred world. So many of the front-page issues we face are made worse by — and in some cases originate from — disconnection. Many of these challenges are the manifestation of a deeper individual and collective loneliness that has brewed for too long in too many. In the face of such pain, few healing forces are as powerful as genuine, loving relationships.”

The bottom line, Murthy writes, creating a connected life begins with the decisions we make in our day-to-day lives.

“Do we choose to make time for people? Do we show up as our true selves? Do we seek out others with kindness, recognizing the power of service to bring us together; work that isn’t always easy as it requires courage – the courage to be vulnerable, to take a chance on others, to believe in ourselves?

“But, as we build connected lives, we make it possible to build a connected world. In such a world, we design our schools, workplaces, and technology to support human connection. We shape our laws to be forces for strengthening community. We treat kindness and compassion as sacred values that are reflected in our culture and our politics,” Murthy concludes.

These are words of wisdom that come straight from the heart, and, as the world emerges from the lockdown caused by the coronavirus pandemic, the various stakeholders would do well to pay heed to them to begin a new chapter of human togetherness.